• Says decision taken in absence of any petition, appeal
• Ekiti South renews quest for the governorship seat in 2022

The All Progressives Congress (APC) State Congress Appeal Committee for Osun State has upheld the election and victory of Gboyega Famodun as the authentic chairman of the party in the state.

The five-man appeal panel also affirmed the victory of other state officers elected at the congress, which was held in Osogbo on Saturday, October 16, 2021.

Chairman of the committee, Obed Wadzani, disclosed this at a press briefing in Osun APC Secretariat yesterday.

He said that despite the report of a parallel state congress held in Osun, the panel did not receive any petition or appeal since its inauguration by the leadership of the party at the National Secretariat, Abuja.

Wadzani said the decision of the panel to affirm the results of the state congress conducted and supervised by the Gbenga Elegbeleye-led state congress committee was therefore taken in the absence of any petition or appeal.

Earlier in his welcome address, Famodun promised to put in place a workable mechanism that would strengthen the unity and togetherness among members and loyalists of the party.

Famodun expressed his readiness to embark on an immediate reconciliatory process to reunite aggrieved members of the party, saying no effort would be spared to collectively return Governor Adegboyega Oyetola for a second term.
IN another development, the Ebira community in the Southern District of Ekiti State has appealed to Governor Kayode Fayemi to ensure that a capable hand from the district succeeds him in 2022 on the platform of the ruling All Progressives Congress (APC).

In a statement by one of their leaders, Mr. Salaudeen Yunusa, after a consultative meeting with the Special Assistant to the Governor on Ethnic Relations, Mr. Sulaiman Nasiru, the Ebira people in the district said having lived and worked in Ekiti State for over 50 years, they are now part of the stakeholders whose opinion on politics and the general state of affairs in Ekiti should be recognised. 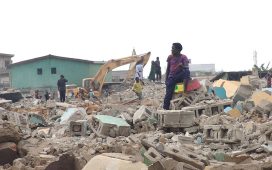 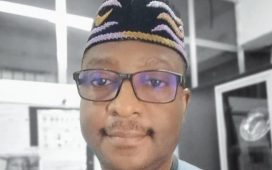 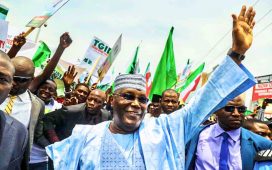