An appeal court has ruled that Air France and Airbus should be sent to trial for “unintentional manslaughter” over the crash of a flight from Rio de Janeiro to Paris in 2009 in which 228 people died.

The judgment, which overturned the decision of a court to dismiss the case, was welcomed by victims’ families, who expressed their “immense satisfaction” at finally having their voices heard.

“We still deplore the fact that it has taken 12 long years to get to this point, 12 years of unfailing determination, filled with uncertainty, exasperating and obscure [legal] procedures and discouragement, but never resignation,” Danièle Lamy, of the organisation representing the victims families, said on Wednesday.

However, relatives are likely to have a long wait to have their day in court, as immediately after Wednesday’s judgment, lawyers for the two companies said they would launch a further appeal against what they called an “unjustified decision”.

On 1 June 2009, flight AF 447 was flying through a storm over the south Atlantic when it disappeared. The Airbus A330-203 was out of direct contact with air traffic control in a blackspot between ATC towers in Brazil and in Senegal, but still sending automatic communication known as “pings” every 10 minutes. Four minutes and 23 seconds after its last ping, it disappeared.

A lengthy French investigation found that a combination of pilot error and technical problems had caused the tragedy.

The pilots, confused by the loss of readings from outside speed sensors – the pitot tubes – that had frozen at high altitude, had pulled the aircraft up to 37,500ft, then failed to realise that it had stalled and was plummeting from the sky despite repeated klaxon warnings in the cockpit. The plane hit the ocean at 200km/h, killing all 216 passengers and 12 crew in the worst accident in Air France’s history. It took almost two years to find the wreckage and black boxes on the ocean bed after a €31m search.

Air France and Airbus were investigated for manslaughter and negligence, but after a 10-year inquiry, the investigating judges decided there was no evidence that the companies were at fault and declared pilot error as the cause of the accident.

The judges’ decision went against the report of the public prosecutor, who suggested failings by the two companies – including alleged weaknesses in Air France’s pilot training and Airbus “underestimating” the pilot problems – were indirectly responsible for the crash.

“At the [commemoration] ceremony on 1 June 2021, we can finally say to our lost ones that we have taken this right to the very end and that finally their memory will be respected,” Lamy, president of the Entraide et Solidarité AF447 Association, told reporters after Wednesday’s ruling. “We are not seeking revenge, but justice and dignity for the families and the victims.”

During the appeal hearing in March, held behind closed doors, Lamy said there were fears that “a certain form of impunity will lead to a repeat of such a disaster”. “We have an esteemed national airline and an aircraft of the highest technology, said to be unstallable; how could these two entities have allowed such a disaster to happen?” she said.

On Wednesday, Orphélie Toulliou, whose brother Nicolas died in the crash, said: “It’s an enormous relief because it’s been 12 years of hearings and it’s true, over the last few years we didn’t think we would get anywhere.”

Lawyers for the two companies are to appeal to the cour de cassation, the highest court in France, saying the decision “contradicts the investigating judges who knew the case well”. 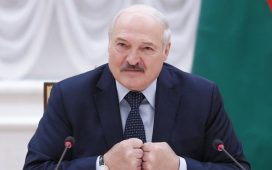 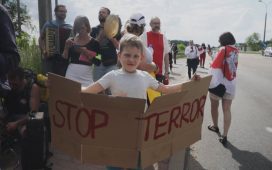 Belarus: Opposition in exile calls for more help from EU 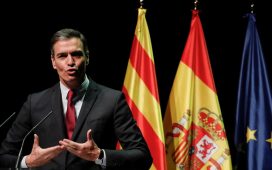