TAIPEI (ICIS)–Asia’s methyl isobutyl ketone
(MIBK) market outlook in the second half is
weak amid longer regional supply, according to
market players on the sidelines of the Asia
Petrochemical Industry Conference (APIC) 2019. 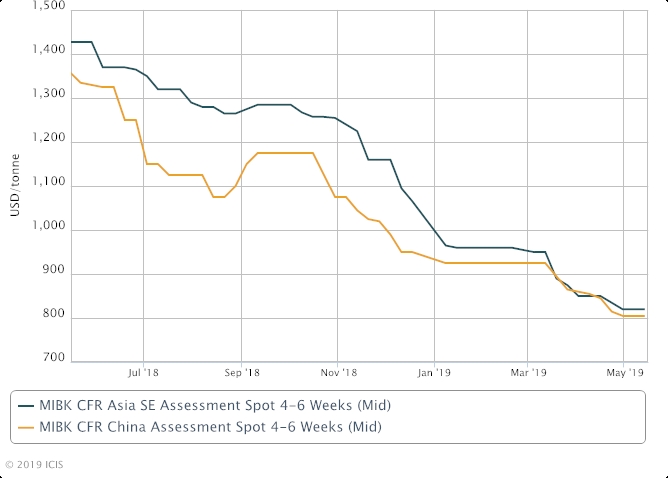 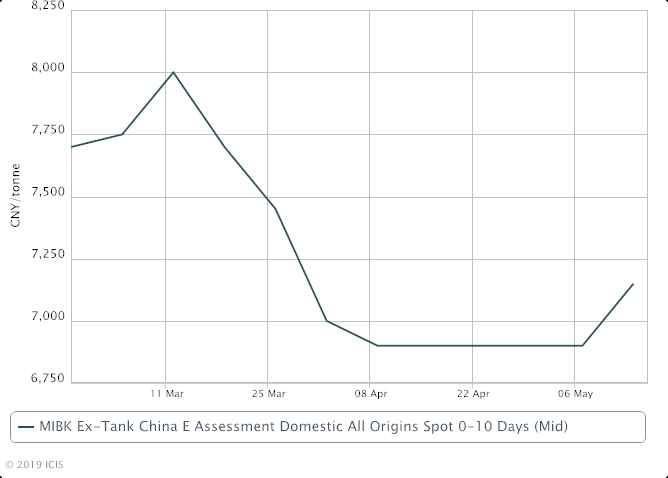 Market players
questioned the sustainability of the domestic
price uptrend in China and the possibility of a
boost in import prices. 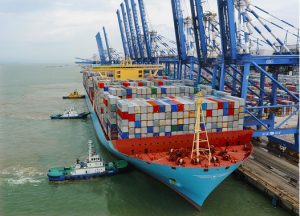 A container ship at
Nansha Port in China. (Source:
Xinhua/REX/Shutterstock)

This was because MIBK’s regional supply had
lengthened, with
Kellin Chemicals starting commercial
production at its 15,000 tonnes/year line in H1
May.

The line has been operationally ready since
July 2018. The company delayed the
start-up due to stringent environmental checks
and amid poor margins, with import MIBK prices
hitting a three-year low in May 2019.

MIBK is a solvent for resins used in the
production of surface coatings, with the main
solvent applications coming from
transportation, refurnishing and marine
coatings, construction coatings, wood coatings
and metal coatings.

Two other MIBK lines are operationally ready
but have not yet started up.

READ  Bishop Bejoy: religious leaders to pray together with Pope against the coronavirus

“We are keen to explore the possibility of
importing Kellin’s MIBK, since its IPA volumes
are also available here,” said a southeast
Asia-based buyer.

Some players expressed a lack of confidence in
feedstock acetone price uptrend sustainability,
given the high inventory levels, thereby
eroding optimism for the MIBK market.

“Usually MIBK prices follow acetone. If acetone
prices are weak, it is difficult for MIBK
prices to be strong,” said a northeast
Asia-based distributor.

India gears up for a new crisis: desert locusts