There were strong indications on Sunday that in states where parallel congresses were held, the All Progressives Congress would recognise executive councils supported by incumbent governors in the APC states.

A member of the party’s national caucus,  who confided in one of our correspondents, also said in non-APC states, the party would recognise congresses endorsed by the highest political office holders in such states.

It was gathered that if the party’s stand was anything to go by, chieftains of the party including Senator Ibikunle Amosun, the Minister of Interior, Rauf Aregbeola, and the Minister of Information and Culture, Lai Mohammed, might lose out in the power tussle in their states.

Violence and protests rocked the APC congresses that were held across the country on Saturday with factions emerging in states including  Lagos, Ogun, Kwara, Osun and Kano.

In Ogun State, a faction loyal to a former Governor of the state, Senator Amosun, which held its congress at the palace of Alake of Egbaland, elected Chief Derin Adebiyi as the chairman.

But another faction supported by the incumbent Governor, Prince Dapo Abiodun, held its congress at the MKO Abiola Stadium, where Chief Yemi Sanusi, emerged the chairman.

The Lagos State APC  congress, which was held at the Mobolaji Johnson Arena Stadium, was attended by Governor Babajide Sanwo-Olu.

Cornelius Ojelade emerged as the consensus chairman at the congress, while a rival faction, Lagos4Lagos, at the Airport Hotel Ikeja, elected Sunday Ajayi from the Agege Local Government to lead the party.

In Osun State, parallel congresses were also held by groups loyal to the state Governor, Adegboyega Oyetola and his predecessor, Aregbesola.

On Sunday, The PUNCH gathered in Abuja that in line with its tradition,  the APC would accord recognition to the governors and in some cases, the highest political office holders from states where the party was not in power.

A member of the party’s national caucus, who spoke to one of our correspondents on condition of anonymity, “so as not to jeopardise reconciliation efforts” said, “Why will a former governor want to challenge a sitting governor who we all know is the leader of the party in the state? It has been the practice to respect our sitting governors in such matters.”

This, our correspondents learnt, was in response to cases of parallel congresses in Ogun, Kwara, Enugu, and Kano states among others.

Besides APC-controlled states, parallel executive councils also emerged in some states not controlled by the party.

For example in Enugu State, a former Commissioner for Works, Mr Ugochukwu Agballah and an ex-Chairman of the party, Adolphus Udeh,  emerged as chairmen at the parallel congresses held on Saturday.

Agballa, after his election, said that his emergence as state chairman of the party signaled a new dawn for the APC in the state.

Ude on his part, stated, “I want to also commend in a special way the Dr Ben Nwoye-led executive and the Enugu state congress committee for conducting a free and fair election today.”

In Sokoto State, two factions also emerged. A congress, which was held at the party state secretariat,  was attended by a former governor of Sokoto State and Senator representing Sokoto Central, Aliyu Wamakko; Senator Ibrahim Gobir, the Minister for Police Affairs, Maigari Dingyadi, former Minister for Transport, Yusuf Suleiman, among others.

Isa Sadiq Acida was re-elected as the chairman at the congress while a splinter faction led by three-term federal legislator Abdullahi Balarabe Silame, produced Muhammad Daji as the chairman.

We are unaware of Aregbesola’s group congress – Elegbeleye

The Chairman of the Osun State Congress of the APC, Mr Gbenga Elegbeleye, said his committee was unaware of other congress in the states besides the one it supervised.

Elegbeleye said this on Sunday while presenting the report of his committee at the state secretariat of APC in Osogbo.

Reacting to the parallel congress held by the Aregbesola faction, Elegbeleye explained that before the exercise, the committee met with stakeholders, adding that the mandate of the panel was to conduct the exercise in line with the constitution of the APC, which was followed.

He said, “I am not aware of any congress elsewhere in Osun State.  Nobody notified me or any member of this committee. We are seven in number. What we don’t know, we don’t act on it.”

“So, if we came here to announce the venue of the congress and somebody went to any shrine to do anything, certainly that maybe funeral or marriage ceremony, but not a congress.”

He said the Osun congress chairman should be aware that the national secretariat of the party sold nomination forms to members belonging to the faction to contest for party offices.

“He came here to do a dirty job and he has completed it. There is no reasonable committee chairman that would be aware that the national secretariat sold two sets of forms and would be saying he was not aware of our congress,” Baderinwa concluded.

Also,  Lowo Adebiyi, the Chairman of The Osun Progressives, a faction within Osun APC backed by Aregbesola, told one of our correspondents that the national caretaker committee was serving interest of governors

In a related development, the leader of the Ekiti APC Stakeholders Forum, Senator Anthony Adeniyi, on Sunday said members of his group stayed away from Saturday’s state congress of the party in view of the pending court case over the ward congresses.

Adeniyi, who is also the leader of the pro-Bola Tinubu group, South West Agenda for Asiwaju 2023, in Ekiti, described the state congress conducted by the party as “waste of time” and “putting up something on nothing”, saying once the court nullifies the ward congresses, there would not be any basis for the local government and state congresses.

Adeniyi said, “The state congress held in Ekiti on Saturday was “putting up something on nothing. When we demolish the ward congress through court, on what basis will they say they held the local government and state congresses?

In response to enquiries from The PUNCH with respect to parallel congresses in some states, the National Secretary of the APC, Senator John Akpanudoedehe, explained that only the outcome of congresses conducted in line with the party’s guidelines would be recognised.

Akpanudoedehe said, “The party has its rules and guidelines, if someone is deviant such a person does not deserve recognition.

“Don’t also forget that as a political party we are not bigger than INEC (Independent  National Electoral Commission), which regulates political parties whether the party is in government or not.

“You must give INEC 21 days’ notice which must be duly signed by the national chairman and secretary, the name of those that are going to conduct the exercise in the states, you will submit these in Abuja, not to the state.

“Now, INEC must monitor what you are doing. If you go outside this and do anything else, you are on your own.”

In response to a question about reports that the APC national secretariat sent two separate teams to states to conduct the exercise, the party secretary denied the allegation.

He said, “There is nothing like that. It is absolutely impossible, it’s not true. If any such thing happened, which I doubt very much, it is definitely not from the national secretariat of this party.

“If someone goes to any of the touts hanging around the secretariat of political parties and gets a letter appointment and goes to take part in an illegality and expect us to validate that it is not going to happen.”

Why the exercise was suspended in Oyo State, Akpanudoedehe said the party needed time to investigate allegations of wrongdoing against a member of the team sent from Abuja.

He said, “We shifted it for one week. When there is violence or someone runs away with the congress material it is either we replace the team or we withdraw it that is what happened.

“We heard the secretary of the panel changed the delegates list, we need to suspend the exercise to get the truth because they may be lying against him, we want to know the truth to give credibility to it.”

He also denied reports that parallel congresses were held in Akwa Ibom State.

The party secretary said, “If there is any congress that can be adjudged peaceful and exemplary it was the one held in Akwa Ibom on Saturday.

“All of our party leaders, Chief Godswill Akpabio, Chief Don Etiebet and most of our leaders from the state were there. How can anyone who lacks the legal backing of a duly constituted committee claims to have conducted a congress and you believe him?”

On his part, a former Legal Adviser of the APC, Muiz Banire, on  Sunday said mass defections were imminent in the party.

Banire hinted that the factions not recognised by the national leadership of the APC might be forced to exit the party.

Speaking on Sunday Politics, a current affairs programme on Channels Television which was monitored by one of our correspondents in Abuja, the Senior Advocate of Nigeria recalled predicting the present developments in the APC.

Banire said, “The implication is simple: that is factionalisation of the party all over. It started from the ward congresses, through the local government (area congresses) to the state (congresses). It is unlikely or unexpected that even at the national convention, you are likely to have the same thing. If you recall vividly some few months ago, I did predict it that it would happen. Certainly, the implosion, in my very strong view, is inevitable.”

According to him,  most of the people that are already outside or declared to be outside by the party  “will find their way elsewhere…to another platform. I think that will be the eventual consequence.”

Banire was asked to pick his choice among the six likely candidates of the APC for the 2023 presidential election, including a former Governor of Lagos State and National Leader of the APC, Bola Tinubu; and the Vice-President, Prof Yemi Osinbajo (SAN).

The senior lawyer, however, tactically avoided speaking on Tinubu’s candidacy, saying that he might also run for President in the next election.

Banire, however, noted that it would neither be on the platform of the APC nor the Peoples Democratic Party. 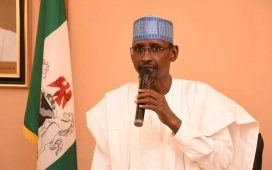 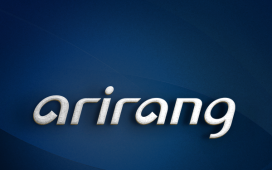 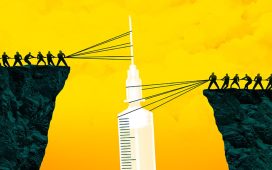