Antony Sher (Obituary, 3 December) was a stalwart in the struggle against apartheid. He joined us on the picket line outside South Africa House on many occasions. He did not draw attention to himself. He was just there. A modest, self-effacing and committed anti-racist.David KenvynChair, London Anti-Apartheid Committee, 1982-88

I was quite excited at your headline in the print edition (Experts on kissing under the mistletoe, 3 December) and avidly read the article below hoping to pick up a few tips for the festive season. Imagine my disappointment on finding that the emphasis was on how not to do it.Judith WainwrightPontfaen, Pembrokeshire

It’s a pity that the two dozen staff and six customers trapped by snow in Aalborg’s Ikea only ate, watched TV and slept in the beds (Report, 2 December). The ratio would have been perfect for a world record-beating attempt to assemble the fiendishly difficult Pax wardrobe.Brian SmithBerlin, Germany

Now in my 60s, I like to think that the Guardian sudoku helps to keep my brain agile. However, as it is a symbol puzzle, not a real number puzzle, I wondered if its relevance could be improved by swapping in some everyday items? I suggest that 1 be substituted by keys, 2 by spectacles, 3 by cooker and so on.Eric SharpNewcastle upon Tyne

You report (2 December) that the Information Commissioner’s Office has fined the Cabinet Office £500,000 over a serious data breach. Writing as a taxpayer, I’d like to know who pays.Jim GolcherGreens Norton, Northamptonshire 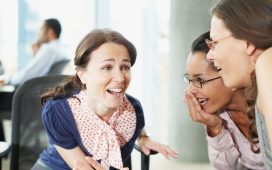