Manchester United are weighing up the possibility of sacking Ole Gunnar Solskjaer and a potential replacement, ex-Chelsea boss Antonio Conte, has already sent a warning to Old Trafford chiefs

Antonio Conte will have his own demands if he is to take charge of Manchester United manager – and won’t accept any half measures.

The Red Devils are considering sacking under fire chief Ole Gunnar Solskjaer and the former Chelsea boss is believed to be interested in potentially returning to English football as his replacement.

But the Italian, who left Inter Milan at the end of last season after winning the Scudetto, has already outlined what his next club needs to have in place – elements that some critics believe United lack.

Upon his departure from the San Siro, which was mutually agreed, Conte made clear that there was more to accepting his next role than merely a financial incentive or club stature.

Conte has set out what he wants at his next club
(

“If my problem or my obsession was money, I would have stayed where I was in the past,” he told Gazzetta dello Sport in June.

“I would have accepted compromises and perhaps earned contract renewals. Instead I look at the projects and I am willing to stay at home if they do not convince me.

“It is a question of vision, professionalism, intellectual honesty and principles that cannot be ignored.”

Those components are key to a club’s success, although the Red Devils’ vision is once again under scrutiny, potentially being able to sack their fourth manager for underachieving since Sir Alex Ferguson left in 2013.

Conte himself will be wary that United’s current hierarchy has received its fair share of flack in recent years, while the coaching staff he would inherit are learning on the job.

First-team coaches Michael Carrick and Kieran McKenna have not held such senior roles in their careers before, nor has director of football Darren Fletcher, learning on the job in his first role.

It is a similar situation for the club’s ‘Football Director’, John Murtough, while the man set to replace Ed Woodward in the coming months, Richard Arnold, has not experienced life as the Glazer family’s right-hand man – offering potential for further teething problems.

Woodward has been subject to significant criticism during his reign as executive vice-chairman, with former manager Louis van Gaal leading the criticism since he was sacked by him in 2016.

Van Gaal, in one of many scathing assessments of the Red Devils head honcho, told BBC Sport in 2019: “What I don’t like is Woodward contacting my successor [Jose Mourinho], knowing in his mind he will replace me and he keeps his mouth shut for six months.

“Every Friday I had to go into press conferences and be asked what I thought about the rumours.

“What does that do to the authority of the coach?”

That could well taint Conte’s perspective of United’s “professionalism” and “principles”.

Woodward (right) is set to be replaced by Arnold (left)
(

It is also hard to avoid talking about post-Ferguson controversy without mentioning agent Mino Raiola, who has previously said the ex-Juventus boss was “important” to Paul Pogba‘s development from their time in Turin.

Raiola remarked to La Repubblica in 2019: “Pogba’s problem is Manchester United. It’s a club out of touch with reality and without a sporting project.

“I wouldn’t take anyone there, they would even ruin [Diego] Maradona, Pele and [Paulo] Maldini. Paul needs a club and a squad, one like Juventus was before.”

If Conte was to care about about the opinion of the agent – with whom he has a cordial relationship – the 52-year-old could well be put off.

Would Conte be the right fit to replace Solskjaer? Comment your thoughts below.

Gary Neville is another to have been heavily critical of the club’s off-the-pitch structure, notably honing in on Woodward and co during the failed European Super League debacle.

During the fallout, when Woodward announced he would leave his role before the end of 2021, former club captain Neville retweeted a fanzine account’s brutal tweet about the chief.

It read: “Ed Woodward briefing after he’s announced he’s leaving that he didn’t believe in the thing we’re led to believe he was negotiating for at least a year – is exactly what you’d expect Ed Woodward to brief now.”

Conte is no shrinking violet of course, with his tenure at Chelsea having seen success on the field, but with his exit certainly one of the most tumultuous overseen by Roman Abramovich.

And once again, if he is handed the reins at Old Trafford, Conte’s issues will not be simply resigned to the pitch – but also dealing with the boardroom. 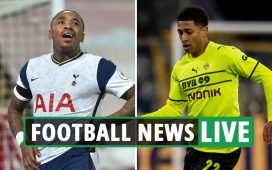 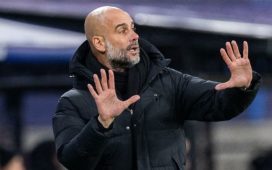