Anthony Joshua is set to give up one of his world titles in order to fight Tyson Fury next year.

But mandatory challenger Oleksandr Usyk is set to demand his shot at Joshua if he beats Derek Chisora this weekend.

And that would likely force Joshua to give up one of the four belts he won back from Andy Ruiz Jr last December.

“If Usyk wins, he will be the mandatory to the winner of Pulev against Joshua,” said promoter Eddie Hearn. “The tricky bit is: is that with no exceptions.

“At the moment, I think everybody feels that even an undisputed fight may not trump that mandatory.

“So if Joshua beats Pulev and we make Fury against AJ, we’d write to the WBO and say, ‘Do you want to do the fight with Tyson Fury against Anthony Joshua.

“They’d either say, ‘Yes we’ll approve it. Or, no, Usyk is mandatory’.

“If it’s the latter, you go to Usyk and say, ‘Do you want to allow this fight and he says, Yes but what are you going to give me?’ Or no;then you deal with it from there.

“Because we’re going to do two fights. So we’re tied up for 2021, so we can’t fight Usyk unless we don’t make the Fury fight, then we will.”

If Usyk does step aside, Hearn believes the four belts would only be on the line once.

“I only really want AJ to win the undisputed title. I’m not bothered about him defending it for the next 10 years,” he added.

“I just want to be able to say: You’re the undisputed heavyweight world champion, you did it, you won everything.

“After that, if we can set up a fight between Usyk and whoever’s No.2, we’ll do that.” 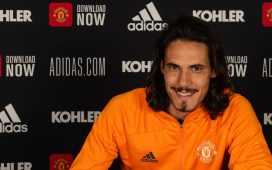 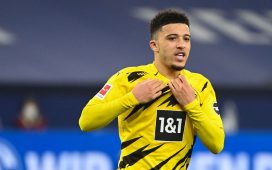