Major cities could be decimated by rising sea levels, with millions displaced before the end of the century, scientists warn.

Water levels could rise by 11 foot by the end of the century, according to estimations based on a similar period of warming 125,000 years ago.

Studying new data from the ‘last interglacial’, a period of high sea levels and low global ice levels, scientists believe they can predict the rate that the next global warming may set in.

During the ‘last interglacial’ Earth’s temperatures were just one degree warmer than they are now.

Melting of the ice caps in Antarctica caused sea levels to rise at a rapid pace – approximately 11 foot (3 meters) every 100 years. 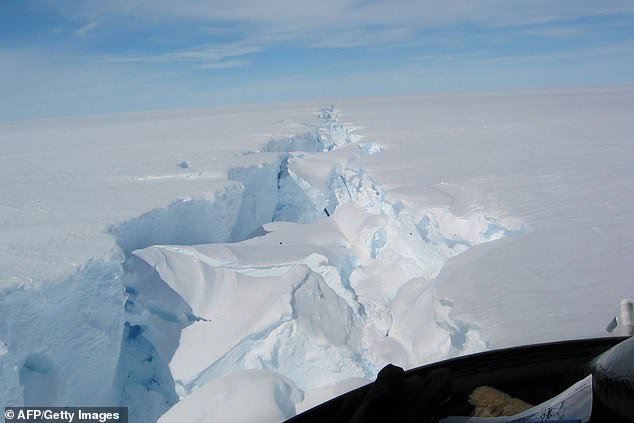 This continued for centuries, rising to around 36 foot (11 meters) higher than current levels, with swathes of land covered by water.

Scientists from Australian National University studied fossilised corals and ancient sediments from the Red Sea to analyse the rate at which the last ‘global warming’ happened.

While the ‘last interglacial’ warming was a naturally occurring phenomenon, the warming we are experiencing now is mostly caused by human activities, the scientists explain.

Professor Rohling said: ‘These were smaller and slower than the human-caused climate disturbance of today.

‘Our study shows clearly that Antarctica, long thought a sleeping giant when it comes to sea-level rises, is in fact the key player.

READ  Facial recognition tech is arsenic in the water of democracy, says Liberty

‘And it appears that it can change by large amounts on timescales that are highly relevant to society and in ways that would have profound effects on human infrastructure.’ 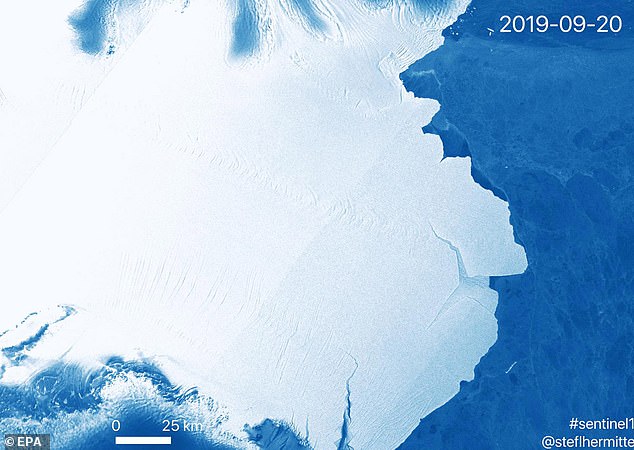 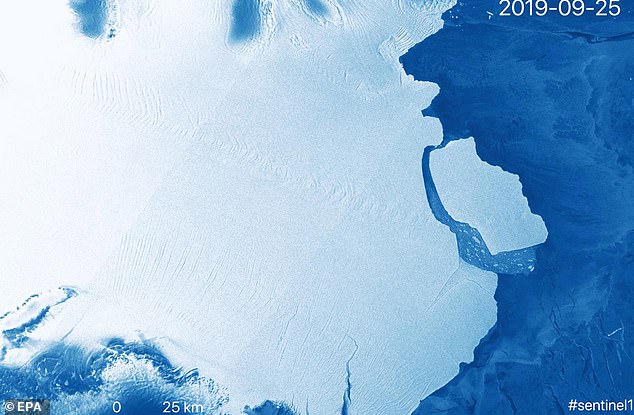 The D83 iceberg has a size of approximately 1,582 square kilometers. Amery is the third largest ice shelf in Antarctica

The study shows for the first time how much ice loss in the last interglacial first took place in Antarctica, followed by Greenland.

WHAT ARE INTERGLACIAL PERIODS?

Extended warm periods in the history of our planet, when temperatures were comparable to today’s world.

Known as interglacial periods, these warm phases during history have occurred sporadically over the last 450,000 years.

The warming of the first two periods was caused by predictable changes in the Earth’s orbit however, the mid-Pliocene event is believed to have been the result of atmospheric carbon dioxide concentrations that were 350-450ppm – much the same as today.

Scientists warn the effects of man-made global warming could be more devastating as it is currently warming both the poles at the same rate.

If both Greenland and Antarctica’s ice sheets were to melt entirely it would see a devastating 200 foot rise in water levels.

‘But, what’s vital to remember is that today’s climatic disturbance is greater and develops faster than that of the last interglacial.

‘As a result, rates of sea-level rise may develop over the next several centuries that are even higher than those found for the interglacial we have studied.’

The study was jointly led by Professor Rohling and Dr Hibbert from ANU, with from colleagues from Australia, Norway, Spain, the United States, and Germany. It was published in Nature Communications. 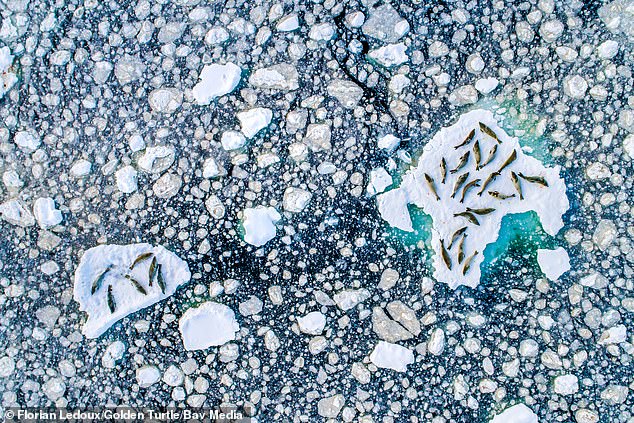 Crabeater seals resting on the ice floe in Antarctica. The Western Antarctic Peninsula is some of the most biologically important areas of the Southern Ocean and has experienced the impacts of climate change more than almost anywhere else on Earth

In February this year a study by researchers at King’s College London found that by the end of this century global sea levels will rise by a grand total of less than four feet (120 cm) – noticeably less dramatic than the doomsday predictions of a 2016 paper from US-based scientists that estimated it would exceed 6.5 feet (two metres).

Now the study conducted by ANU researchers predicts there is even more reason for alarm than that doomsday study first suggested, with an 11 foot rise expected in sea levels every century.

It follows the publication of a paper signed by 11,000 of the world’s greatest scientists declaring that ‘untold human suffering’ is unavoidable without deep and lasting shifts in human activities.

The paper declared the climate emergency before providing a set of effective actions humans could take.

To limit the damage caused by humans’ greenhouse gas emissions the paper calls for more control over the massively booming global population, currently increasing by over 200,000 people a day.

Adding that population control would have to be approached with methods that ensured social and economic justice in order to sustain a morally and ecologically sound world.

WHAT STEPS CAN WE TAKE TO LIMIT CLIMATE CHANGE?

The paper pointed to six areas in which humanity should take immediate steps to slow down the effects of a warming planet.

Staring at a phone screen before bed can cause depression

Tesla Model 3 'on Autopilot mode' crashes into truck in Taiwan 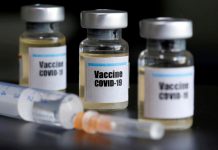