Ant McPartlin has announced he will not present this autumn’s series of I’m A Celebrity … Get Me Out of Here! as he continues his recovery from drug addiction.

The TV host announced he will be taking a break from presenting duties until 2019 and that next year’s series of Ant and Dec’s Saturday Night Takeaway, which he presents with his longtime colleague Declan Donnelly, has been cancelled.

McPartlin first checked himself into rehab last summer, citing an addiction to prescription drugs. He returned to the screens but stepped back from all presenting duties after crashing his car in a drink-driving offence in March, which resulted in him being fined £86,000 and given a 20-month driving ban.

“My recovery is going very well and for that to continue having spoken to Dec and ITV, I have made the decision to take the rest of the year off,” McPartlin said, in a statement issued through his publicist. “I’d like to thank both Dec and ITV for their continued support and I look forward to getting back to work in the new year.”

Production and filming for a new Saturday Night Takeaway series, which was due to air in February, would normally have already started. The pair said they hoped to bring back the show in 2020.

It is unclear whether Donnelly will host this autumn’s series of I’m A Celebrity on his own or with another co-host. He has already presented episodes of Saturday Night Takeaway and an entire run of Britain’s Got Talent without his long-term presenting partner.

“Whilst I am obviously sad at the thought of being without my best friend in Australia this year, I am proud of the work Ant has been doing privately and I am fully supportive of his decision,” said Donnelly. “I’m looking forward to us both being reunited on screen in 2019.”

The two presenters have been a double act since meeting on the set of the teen drama Byker Grove in the 1990s, even sharing social media accounts.

The pair are mainstays of ITV’s output and their shows draw substantial audiences to the channel, with eight million viewers regularly tuning in for this year’s series of Saturday Night Takeaway. The show’s absence in 2019 could impact on revenues at the broadcaster, which has recently seen strong financial results thanks to the success of programmes such as Love Island.

ITV’s director of television, Kevin Lygo, said: “ITV is completely supportive of Ant taking as much time as he needs in his recovery and of this mutual decision to rest Takeaway in 2019. Ant is clearly making good progress and we wish him all the very best and look forward to him returning to ITV next year. An announcement on I’m A Celebrity plans will be made in due course.” 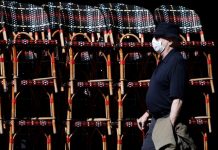 Dementia care: A sudden liking of this kind of food could be an early warning of condition 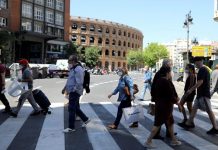