Following the announcement, Ant and Dec – who were propelled to stardom on the youth club show – shared their condolences on social media.

Taking to Twitter, they penned: ‘We are very sad to hear of the passing of Adele Rose, the creator of #BykerGrove.

‘She was an incredible lady and a wonderful writer. We will always be grateful for what she did for us and the North East.

‘Thank you Adele and rest in peace. X.’

Her writing was popular with fans, and she took home a Bafta for her skills in 1993.

She was famously credited with creating Byker Grove in 1989, with the series becoming a firm small screen favourite with viewers.

The BBC show was a long-running TV success, with Jill Halfpenny, Charlie Hunnam, Andrew Hayden-Smith and Ant and Dec among the stars.

Adele also wrote for Heartbeat and Crossroads, before retiring in 2000.

Speaking about her death, husband Peter told Chronicle Live: ‘She developed pneumonia about a week ago and never got over it.

‘She passed away in the local hospital, where she had the best care.

‘She had a huge sense of humour which was often quite naughty and quite wicked.’

Discussing her career, he continued: ‘She loved writing the battleaxes in Coronation Street.

‘She was Jewish and she had a very Jewish mother attitude to life, she had to make sure everybody was okay. Her son said that if she didn’t have anything to worry about, it would worry her.

‘Everybody around here adored her. They were a little bit starstruck, but she was very, very warm. It’s been a wonderful 40 years with her.’


MORE : Valhalla: All you need to know about Vikings’ spin-off series as season 6 part 2 is released 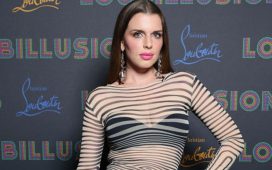