The Ann Summers chief executive has accused some retail landlords of “burying their heads in the sand” by ignoring the crisis on the high street, after several refused to accept lower rents to support the struggling chain.

The sex toys and lingerie specialist has been struggling during a high street downturn. The Guardian revealed in May that it wanted to reduce its rent.

Jacqueline Gold said the past year had “been the toughest I can remember in my 38 years in the retail business”. She set out Ann Summers’ position in a frank column in Retail Week.

After talks with landlords, Gold said the company had successfully negotiated new terms for almost all the chain’s stores – 95 out of 100 – but that it might have to use a company voluntary arrangement (CVA) to deal with the remaining five outlets.

A CVA is a form of insolvency that enables companies in difficulty to close unwanted stores and reduce rents on others.

There had been a “fundamental shift in the retail property”, Gold said, and while the vast majority of landlords “live in the real world” others continued to “bury their heads in the sand and pretend historic rental levels are sustainable in future”.

“I continue to hope that the remaining landlords will come to the table and agree to sensible new terms that mean our stores can continue to trade,” she added.

Over the past two years numerous struggling retailers and restaurant chains, including Mothercare, New Look, Debenhams, Giraffe and Byron, have used CVAs to restructure their finances after being squeezed by rising costs at a time when consumers are cutting back on spending.

Sales at Ann Summers were flat at about £110m in the year to 30 June, but a £3.3m loss had replaced the previous year’s £2.9m profit, according to the most recent accounts filed at Companies House. The plunge into the red was blamed on higher sourcing costs, business taxes and investment in a new look for the 49-year-old brand.

Ann Summers, which also organises 7,000 Tupperware-style parties a week for women to buy its sex toys and nightwear, has also been affected by the success of online rivals such as Lovehoney. The Bath-based website has grown rapidly and is close to overtaking its bricks-and-mortar rival in sales.

Gold said: “We would be mad not to consider all options, including a CVA of that 5% of stores, because we cannot allow the future success of our business to be jeopardised by the handful of landlords who won’t come to the table.”

Swap shop: ex-Topshop guru pops in to Liberty to rent out clothes 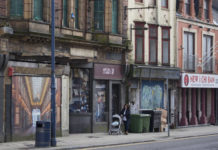 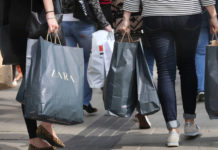 Primark sales down after challenging Christmas for UK retail

Do not adjust your set: Gwyneth Paltrow is spreading Goop all over TV