FROM Babe to Beethoven, animals have melted our hearts with onscreen in some of Hollywood’s biggest films.

But when the cameras stop rolling and the box office has made its millions, it’s not always a happy ending for creatures who brought our favourite character to life.

Earlier this week, we reported on the heartbreaking tale of Kathy the bottlenose dolphin who famously starred in the Sixties TV hit Flipper.

Her long-term trainer Ric O’Barry claimed the marine mammal took her own life when she swam into his arms and held her breath until she passed away in 1968.

The former US Navy diver, who quit training animals for film and TV founded a dolphin sanctuary after the death, insisted it was “suicide” because she was “miserable” and “tired of suffering”.

Sadly, Kathy isn’t the only animal star to suffer a heartwrenching demise after making an appearance on the big screen.

Hercules, a grizzly bear from Scotland, lived up to his heroic named after surging in popularity during the Eighties.

But before his onscreen debut, he was destined to be put down by Highland Wildlife Park, in Kingussie, because they didn’t have space for him in 1976.

Andy and Maggie Robin stepped in and paid £50 to adopt the animal and took him on tour as part of the wrestling act.

But after training Hercules, they realised he was destined for bigger things and started to put him forward for acting roles.

Hercules went on to star in adverts for Kleenex and Hofmeister Beer and was featured on the cover of Time magazine to promote the Miss World contest.

He was also named ‘Personality of the Year’ by the Scottish Tourist Board, received a telegram from Ronald Regan and met Margaret Thatcher.

But arguably the bear’s biggest achievement was starring alongside Roger Moore in the 1983 James Bond film Octopussy.

It followed Hercules hitting the headlines when he disappeared for 24 days while filming an advert for Kleenex.

Eventually, he was found on Benbecula, an island in the Outer Hebrides, where it was reported that he had lost 20 stone in weight before being tranquilised, netted and flown back to the Robins.

Hercules’ career sadly came to an end after a fall left him him a slipped disk, while filming the BBC documentary Eyewitness Bear in 1997.

Vets suggested euthanising the animal due to his injury but the Robins refused and put him through rigorous exercise therapy to help him relearn to walk.

He lived for another four years before and after losing the use of his legs died aged 25.

Terry the Cairn Terrier amassed an impressive 22 acting credits, including 10 Hollywood films, during her 11 years.

However, while starring alongside Judy Garland, who played Dorothy in the 1939 fantasy flick, the poor pooch suffered a painful injury.

One of the Wicked Witch of the West’s minions accidentally trod on her, which broke bones in her paw and ruled her out of filming.

LittleThings reported that Garland took care of Terry for two weeks while she recovered and hoped to adopt her canine companion but she was refused.

After stealing hearts on the big screen, the Toto actress died in 1945, at the age of 11.

Her gravestone in Los Angeles was destroyed in 1958 as part of the construction for the Ventura Highway and later replaced with a permanent memorial.

While much of 2012 adventure drama was filmed using CGI animals, a real Bengal tiger named King was used for some of the scenes.

However, in 2013 The Hollywood Reporter claimed not everything went to plan on-set and according to a leaked email the King “damn near drowned”.

She wrote: “The worst thing was that last week we almost f***ing killed King in the water tank.

“This one take with him went really bad and he got lost trying to swim to the side.”

Despite King’s close-shave with death on Life of Pi, the AHA previously maintained “no animals were harmed” in the majority of Hollywood films.

The group said the report “distorted” their work and there was a 99.98 per cent safety record on film sets.

Tweet the giraffe quite literally stood head and shoulders above his competition as he managed to bag a number of high-profile roles.

He starred in a number of adverts for Toys R’ Us and Jim Carrey’s 1994 comedy Ace Ventura: Pet Detective.

But in 2009, while working on the film Zookeeper, Tweet collapsed in his pen and died under suspicious circumstances.

A whistleblower told PETA that the 18-year-old animal had been kept in a 20-foot-by-20-foot stall that was too small for the 18ft giraffe.

They also claimed that Tweet was exposed to toxins after he ate pieces of plastic tarp from his enclosure and “caretakers did nothing to stop him”.

Adam Sandler, who produced the film, did not respond to PETA’s claims and later the AHA sought to discredit the allegations. The cause of the animal’s death remains a mystery.

Before landing her big role alongside Reese Witherspoon, Gidget the chihuahua was already a star of the small screen.

The 12lb pooch earned legions of fans after appearing in ads for clothing brand OId Navy and fast food chain Taco Bell, which ran for three years until 2000.

But her appearance in Legally Blonde 2: Red, White and Blonde allegedly a launched surge in people adopting chihuahuas according to the dog’s trainer Sue Chipperton.

The celebrity canine frequently travelling in limousines and once opened the New York Stock Exchange, according to Ranker.

Chipperton recalled: “She really did have a concept of being in front of the camera… She just had a sparkle.”

Crystal the monkey has worked with some of the biggest stars in Hollywood including Ben Stiller, Bradley Cooper, Scarlet Johansson and the late Robin Williams.

The animal, who is 17 years old, has 29 acting credits to her name including three Night At The Museum movies, The Hangover: Part II and The Big Bang Theory.

According to the star’s IMDB page, which described her as “no small bananas”, five films she starred in collectively grossed more than $2.5billion (£1.8bn) at the Box Office.

Most recently she starred alongside Mark Ruffalo in the HBO TV series I Know This Much Is True, which won four awards including an Emmy.

In 1993, filmgoers were enchanted by the heartwarming tale of the boy taught about friendship, love and responsibility by an orca whale.

Keiko, which means “lucky one” in Japanese, was scouted to play the now-iconic marine mammal after being spotted at a run-down aquatic park in Mexico.

Before the credits for Free Willy aired, filmmakers urged the public to fight for Keiko to be freed too.

After a number of letters, phone calls and donations, the animal was taken to an Oregon aquarium and later relocated to Iceland in 2000.

However, due to the amount of time he had spent around humans and away from other whales, he was unable to socialise or feed himself.

Three years after his release, Keiko died of pneumonia – and scientists have since claimed he was not adequately prepared to return to the wild.

A Rough Collie named Pal played the part of Lassie for 11 years – but he was initially turned down for the part due to his appearance.

Producers felt the dog looked too “ordinary” and wasn’t superior-looking enough for the big screen because he had a flathead and overly large eyes.

But it wasn’t over for Pal, who was owned by Hollywood animal trainer Rudd Weathermax, as he was hired after the first Lassie refused to swim.

He starred in multiple Lassie films and after MGM wanted to a new lead, he continued to perform 18-minute slots at department stores and dog shows.

The pooch star even had a hand in casting his replacement for new films and eventually chose 11-year-old Tommy Rettig from three dog actors.

In 1958, Pal died of natural causes, at the age of 18, after battling blindness, deafness and stiff joints one year earlier.

Weathermax’s son said the trainer fell into a deep depression after his canine companion died and he was never able to watch a Lassie movie again.

The part of Hedwig was played by seven snowy owls and a number of stunt owls in the Harry Potter franchise.

The main performer was an owl named Gizmo but others including Ook, who starred in the first film, and Sprout also featured too.

All of the snowy owls were male – unlike Hedwig who was female in the books – because they were smaller, which made it easier for the child actors to handle them.

In 2017, whistleblowers from animal talent agency Birds & Animals Unlimited (BAU) told PETA that creatures in their care were being “neglected”.

They felt a number of animals were “treated like disposable props” and kept in poor conditions, including an owl named Crash who starred in at least one Harry Potter film.

PETA claimed the bird was kept in an enclosure that was covered in six weeks’ worth of excrement and that he didn’t have adequate space to live happily.

BAU denied the allegations but last year, the U.S. Department of Agriculture cited them for violating the Animal Welfare Act. 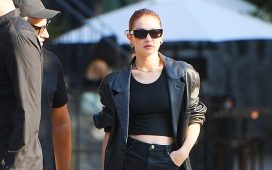 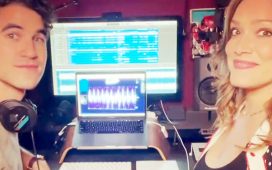 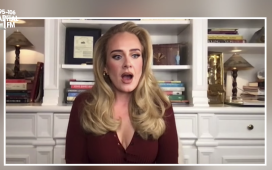 Adele dramatically backtracks to declare she would duet with Peppa Pig 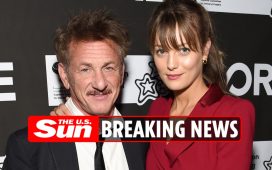 Sean Penn, 61, splits from wife Leila George, 29, as actress files for divorce after just one year of marriage 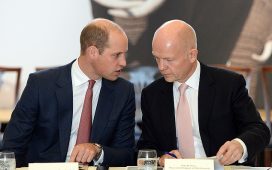 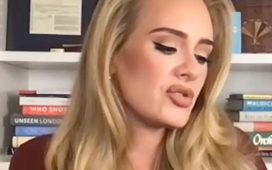