Angry teachers and parents learn of exams shake-up from media 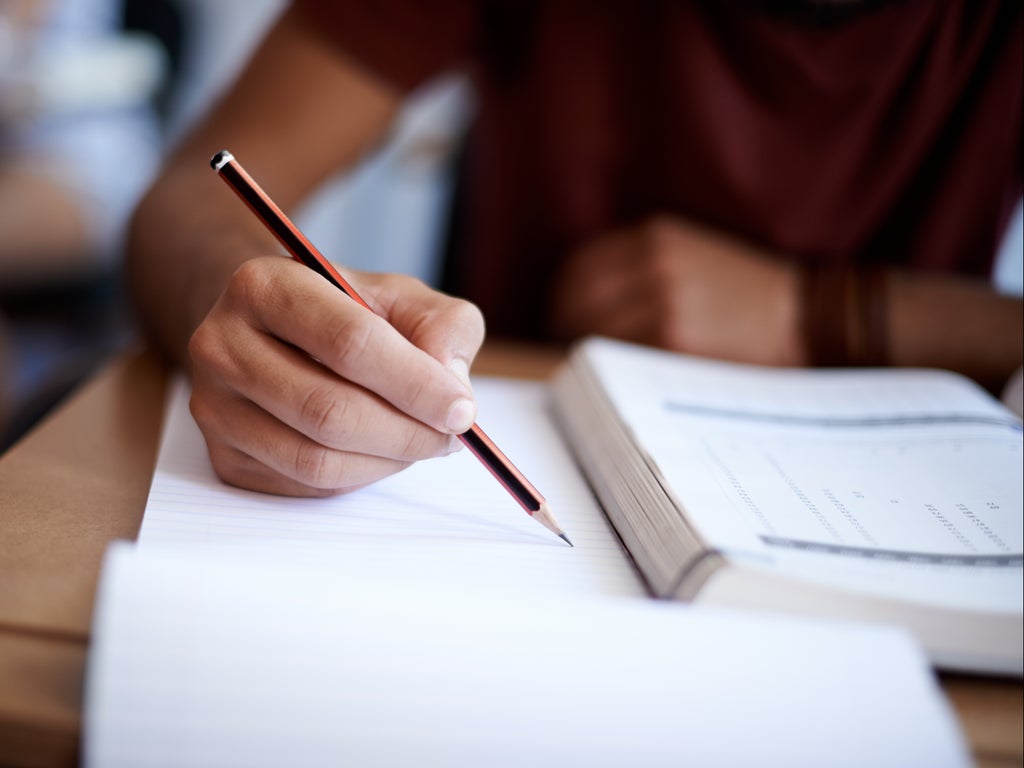 Teachers and parents have been left frustrated after finding out about confirmed changes to GCSE and A-level exams in 2022 from the media.

The government has announced next year’s exams in England will be adapted in light of the disruption to education caused by the Covid pandemic, with topic choices and support materials introduced in some subjects.

But some teachers and parents complained on social media after reading about the changes in Thursday’s newspapers before any official announcement was made.

Kit Andrew told The Independent he was “grumpy” after hearing news that would affect his daughter, who is preparing to sit GCSEs, first in the media.

The primary school headteacher said felt“irritated as a parent” and also “sympathy” for secondary school colleagues.

“The info should come to school staff, pupils and then disseminated to parents before arrival at least the same time as media,” he told The Independent.

“Now schools will be facing queries from parents about what it means for their child with little time to prepare.”

A preview of The Telegraph’s Thursday front page contained an article headlined “Exam grades to be inflated next year” and was shared online on Wednesday evening – hours before the government made an official announcement over exam changes.

The article laid out details of what would be different in next year’s GCSEs and A-levels, including exam aids and a choice of topics in some exams.

“I will rage if The Telegraph was informed about this before it’s officially announced from Ofqual,” one teacher tweeted.

Another said it was the “third year of leaking to The Telegraph” before official detail was released. She added: “Students and staff deserve better.”

The changes to 2022 exams were proposed in a consultation in summer, but were confirmed on Thursday.

Geoff Barton from the Association of School and College Leaders said his union had not received direct concerns from members about how the news was released but understands “the frustration felt by seeing important policy decisions come out in the media first”.

“It is a product of the common practice of releasing news to the media under embargo ahead of an announcement to allow same-day publication,” he told The Independent.

“While we understand the reasons for doing this in terms of coordinated communication to the public as well as the sector our preference would be for schools and colleges to be told first of any decisions affecting them.”

One of the adaptations for pupils in England next year is the introduction of a choice of topics in some GCSE exams, such as English literature and history.

For subjects where a choice of topics are not provided, advance information on the focus of exam content will be given in early February to help students with their revision.

Grade boundaries will be set to reflect a midway point between this year’s results and those in 2019, with the government saying this will mean more students will get higher grades than before the pandemic.

The Department for Education (DfE) said this will give students a “safety net” and results are expected to return to normal by 2023.

Three in four girls have been sent sexual images via apps, report finds