Slaven Bilic hinted at discontent behind the scenes at West Brom after expressing his disappointment over Ahmed Hegazi’s departure following his side’s draw at Brighton on Monday.

Hegazi joined Saudi Professional League side Al-Ittihad on Sunday and Bilic claimed he had received reassurances the Egypt defender would be staying at the Hawthorns.

West Brom fought back from a goal down after a late equaliser from Karlan Grant cancelled out a first-half own goal from Jake Livermore, but Bilic had wanted to play Hegazi at the Amex Stadium.

When asked about the 29-year-old’s departure, the Baggies boss said: “Definitely it wasn’t my decision, it wasn’t a football decision to be fair, I’m very disappointed.

“We are the team that needs all the good players, he is the player that has know-how in the Premier League, he has vast experience, he is a national team player, he’s a great professional and he played last week against Burnley.

“The whole last week he was training with us and when we were doing the shape, even on Saturday he was there.

“I had the assurances that he was going to stay and so that makes me very, very disappointed that he left.”

Bilic declined to answer whether the dispute over Hegazi had put his own future at the club in doubt, saying only: “Look, I’m only disappointed with Hegazi’s departure because I’ve been reassured this week that he was staying.

“He wanted to stay, I wanted him to stay, he played four of our games, he played against Burnley, he was meant to play today.

“He’s a top professional, he was one who was made to wait for his chance but because of his know-how, his quality, his experience – I don’t know how many games in the Premier League – he got a chance and he took it really well.

“I counted on him big time and to lose him on basically Sunday morning to find it out made me really disappointed.”

Brighton’s Tariq Lamptey admitted his side needed to be more clinical up front after they were unable to convert possession into clear-cut chances.

“We had some good chances in the game and we needed to take more of them,” the Seagulls defender told the club website.

“West Brom are a good team and they showed that in the second half when they scored but overall it was disappointing.

“We pushed quite hard in the first half and we might have got another goal but you have to look at the positives and move on to the next game.

“We played some attractive football and on another day we get the goals we deserve and win by two or three goals.” 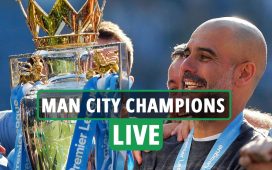 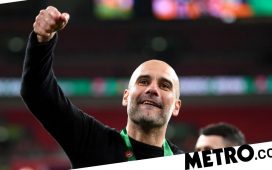 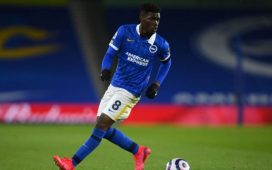 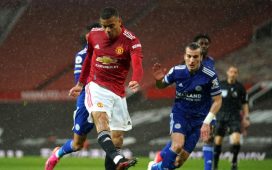