So many words have been spoken, and written, about Angela Rayner’s comment on the Tory party. When I heard what she’d said, my reaction was summed up in just one. FINALLY.

And her words spurred me into action – I joined the Labour Party.

Angela’s observations weren’t what we’re used to in the slick, rehearsed world of politics today. They were raw. Real. Honest.

At last, someone voiced the fiery fury and outrage I’ve been feeling for so long.

Somebody brimming with passion, and anger, at the way people in this country have been – are being – treated. At the injustice, the cruelty, the corruption. At the cuts that will only hurt those who need the most help.

Do you agree? Join the discussion in the comment section

At the shambolic incompetence that cost needless lives at the height of the pandemic, and has plunged Britain into chaos this week, today, right at this very second. And the way none of it seems to make any difference, because they get away with it over and over again.

Much has been made about Angela’s use of the word ‘“scum” but we’re talking about a party that had to be shamed into feeding hungry children by a footballer. The cap is a perfect fit.

The only thing I loved more than what Angela said? Her refusal to apologise for it. At a time when cancel culture rules all, when people fall over themselves to say sorry, out of fear for the personal consequences rather than genuinely being sorry, how refreshing that someone – especially a woman – says nope, I meant that. 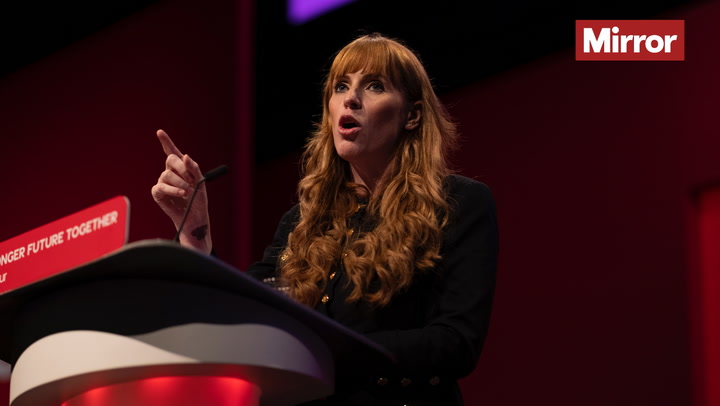 Her statement has proved unpopular with many, but she’s standing by it, with her head held high. I find that inspiring.

Amidst all the criticism, Angela tweeted a few of the many examples of completely unacceptable things the PM has said. “People seem to be far more concerned with my choice of language than the fact Boris Johnson has made comments that are racist, homophobic and sexist,” she wrote.

This is exactly the chutzpah I want my Labour Party to have. Precisely what I want them to be doing: standing up to the bullies.

Angela Rayner is mad as hell and she’s not going to take this any more. FINALLY.