Labour has demanded that the full details of how Boris Johnson’s Downing Street flat renovation was funded are released after he was cleared of breaching the ministerial code.

Deputy leader Angela Rayner has written to Christopher Geidt, the independent adviser on ministers’ interests, after he ruled on Friday that the prime minister had not broken the rules. Lord Geidt found only that Johnson acted “unwisely” in allowing the refurbishment to go ahead without “more rigorous regard for how this would be funded”.

In her letter to Geidt, Rayner called for transparency over the renovation, questioning how he reached his decision. As prime minister, Johnson was able to access a £30,000 fund for work on the property, but it has been reported that the refurbishment costs soared up to £200,000.

Geidt ruled that Johnson had been unaware that Tory donor Lord Brownlow had stepped in to foot the bill after doubts were raised last June about whether a blind trust could be set up to pay for the refurbishment works above the £30,000-a-year amount provided officially.

In her letter, the Labour deputy leader wrote that the details of the renovation had not been published in the list of ministers’ interests as they were “no longer current”, saying the reason behind that is that Johnson did not declare it and there was a severe delay in publishing the list.

“The public cannot have faith in the system of registering and declaring ministerial interests when these interests, debts and payments have still not been declared.”

Rayner asked Geidt to provide evidence of how no potential conflict of interest had been found, adding: “The public would legitimately and reasonably assume that the prime minister – or indeed anybody – becoming indebted by a sum of tens or even hundreds of thousands of pounds would, or could at least be perceived, to have an obligation to the individual or institution doing them a financial favour.”

She questioned how Johnson could have been unwitting about the funding, saying it was “frankly scarcely believable” that he “apparently had no idea about who was funding work that cost tens or even hundreds of thousands of pounds”.

Rayner said: “I am certain that there will be nobody else in the country who will have had building work carried out in their residence and not know, or even seek to find out, who was paying for it.”

Geidt said Johnson only learned about the payments for the refurbishment work when reports in the media surfaced in February 2021.

On Friday a Downing Street spokesperson said the report showed Johnson had acted in accordance with the ministerial code, adding: “Other than works funded through the annual allowance, the costs of the wider refurbishment of the flat are not being financed by taxpayers and have been settled by the prime minister personally.”

See also  Probation services to return to public control after Grayling disasters
Share on FacebookShare on TwitterShare on PinterestShare on Reddit
newscabalMay 29, 2021 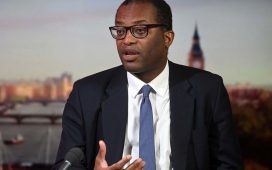 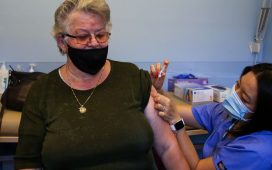 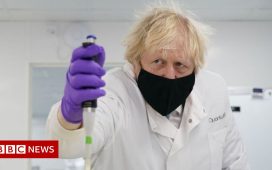 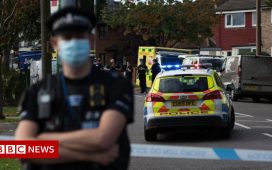