Andy Murray was on the brink of retirement in 2019 before undergoing a second bout of hip surgery, and is now targeting another fairytale run at Wimbledon next week

Andy Murray has overcome injury to take his place in at Wimbledon – and it won’t be the first time he’s comeback from adversity.

Murray, 35, will play Australian James Duckworth in the first round at SW19 on Monday. And should he reach the quarter-final stage for the first time since 2017, he’s likely to face defending champion Novak Djokovic.

The odds of him securing a third Wimbledon title – and fourth Grand Slam crown – appear remote. But regardless, the fact British tennis fans are able to see him in action at all can be considered a victory given to how close he once came from having to retire from the sport.

In 2018, having already enjoyed a stellar career that had seen him become world No 1 and lead Team GB to Davis Cup success, Murray’s hip problems became apparent. Having undergone surgery in January, he failed to make a successful return, withdrawing from Wimbledon and falling out of the top 800 in the ATP rankings.

In early 2019, ahead of the Australian Open, a visibly upset Murray admitted in a press conference he was contemplating retirement. Later that year, he underwent a second bout of hip surgery, having a metal cap inserted in a bid to end the daily pain.

Against the odds, he returned to the professional tour that year, and in 2020 played in both the French Open and US Open. The events were held behind closed doors due to the Covid-19 pandemic.

Andy Murray on his way to winning Wimbledon in 2013, long before he was plagued by hip problems
(

But in early 2021 more fitness struggles ensued, initially missing the Australian Open after testing positive for the virus. A groin injury then sidelined him for three months, but he did return for Wimbledon as a wildcard entrant.

There, he made the third round before losing to Denis Shapalov, but more injury hell was in store. A quadriceps strain forced him to withdraw from the singles’ event at the delayed Tokyo 2020 Olympics, although he was able to take his place at Flushing Meadows, losing to Stefanos Tsitsipas in a match marred by toilet-breaks.

But thus far in 2022, he’s shown flashes of the form which has already cemented his status as the greatest British male player of all time. In January, he reached a first ATP final since 2019 at the Sydney Tennis Classic, falling to Aslan Karatsev in the final.

He was also runner-up at the Stuttgart Open this month, but was hampered by an abdominal strain in the final which forced him to withdraw from Queen’s. Despite that, Murray appears to have won his race to be fit for his ‘home slam’.

But he’ll take his place amid rumours that this appearance at the iconic grass-court event could be his last. After his early exit at the Australian Open in January, he admitted that second-round exits no longer ‘excited’ him.

He’s also hinted that a good run in a major event could see him bring down the curtain on his illustrious career. But after what the Scot has already overcome to simply return to a tennis court, few would completely rule out him doing the impossible again. 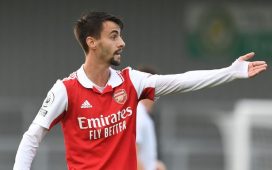 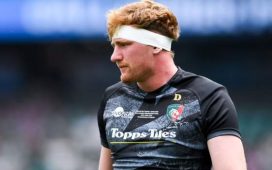