French fashion prize ANDAM will award five prizes for its 2022 edition, after adding a new Special Prize worth 100,000 euros, which it will present to one of the Grand Prize finalists.

The 2022 prize pot is now worth 600,000 euros, the highest endowment since the prize was established in 1989, with the Grand Prix winner set to receive 300,000 euros to springboard their label in France and internationally.

Bruno Pavlovsky, president of Chanel fashion, who will offer one-year mentorships to the winner of the Grand Prix and the Special Prize, said in a statement: “ANDAM is an integral part of creation in Paris and the promotion of this creativity to new and younger brands. In this context, Chanel is honoured to be the mentor of the 2022 edition, in a general economic and health context that requires the industry’s attention more than ever.”

The other awards include the Pierre Bergé prize, which will reward a French company with 100,000 euros to give the brand the “means to grow and reach an international audience”. The winner will also receive year-long mentoring from Stefano Martinetto, founder and chief executive of Tomorrow.

“The Pierre Bergé Prize aligns with Tomorrow’s mission to nurture and support entrepreneurial creativity, and we are incredibly proud to support this,” explains Martinetto. “On a personal level, this also means a lot to me as Pierre has been and always will be a hero of mine. What excites me every year with ANDAM is discovering new, young creative talent who can inspire me and the whole industry with their enthusiasm and vision. To take this one step further and to have the opportunity to mentor the winner of this year’s prize is a real honour that I’m very much looking forward to.”

The Fashion Accessories Prize will present 50,000 euros to the winner, along with personal guidance and expert advice from Frédéric Maus, chief executive of WSN. While the Fashion Innovation Prize will reward an entrepreneur or start-up, willing to develop their project in France with 50,000 euros alongside mentoring from Yann Gozlan, founder and president of Creative Valley.

Applications are now open at andam.fr until March 31, with the finalists to be revealed at the end of May and the prize ceremony scheduled for June 30. The jury is to be unveiled in February.

Eva Chen, vice president of fashion partnerships at Instagram, said: “From the day it launched, Instagram has been the home for Fashion and a long-time supporter of emerging designers. We are especially proud to join ANDAM this year and the prestigious jury coming together and showing our commitment to the future voices of the industry.”

Michael Kliger, chief executive at Mytheresa, added: “Mytheresa is delighted and honoured to join the esteemed group of sponsors and the jury of ANDAM, to recognise and support young fashion designers. As a leading global luxury fashion e-commerce platform we believe we can provide very valuable know-how and resources to the ANDAM prize winners for their digital development.”

A shopping guide to … joyful jumpsuits 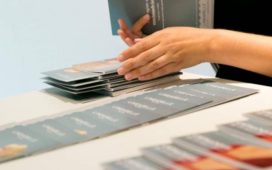 Sustainability and Supply Chain the talk of Lineapelle New York 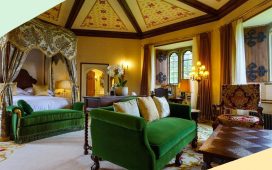 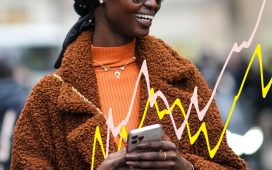 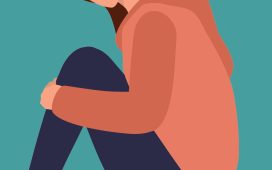 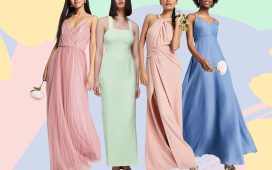 27 pastel bridesmaid dresses perfect for a spring or summer wedding