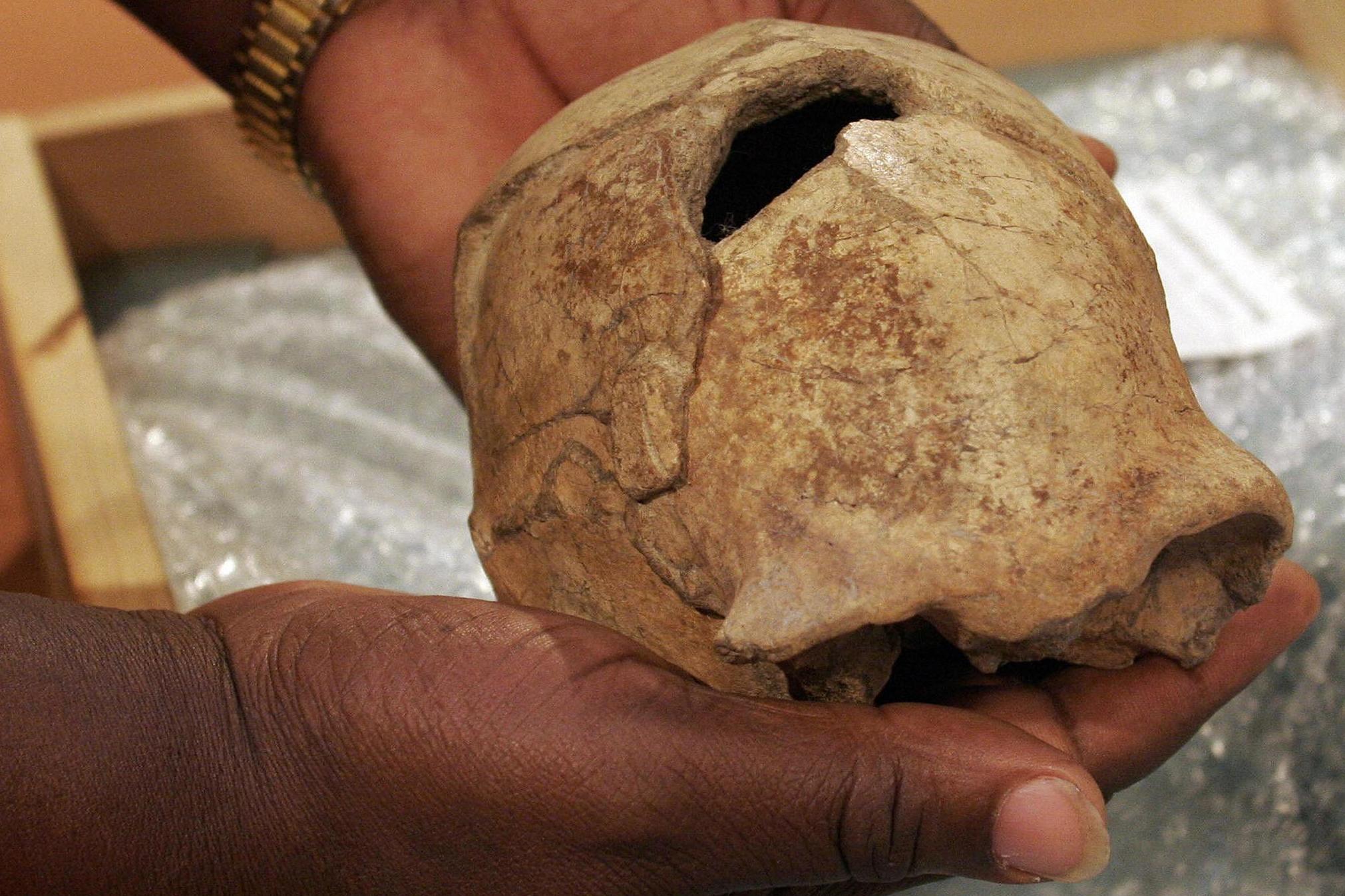 An ancient relative of modern humans survived into relatively recent times before it was wiped out by climate change, according to a new study.

Homo erectus evolved two million years ago and is the first known Homo species to walk fully upright. Scientists say they have finally calculated the age of the youngest known remains of the species, which is generally considered an ancestor of our own.

The fossilised skull fragments and other bones were uncovered on the Indonesian island of Java in the 1930s but determining their age has been a scientific challenge, with a wide range proposed by numerous studies.

In a report published in the journal Nature, scientists conclude the remains are between 108,000 and 117,000 years old – long after the species had vanished elsewhere.

Lead researcher Professor Russell Ciochon of the University of Iowa in Iowa City said: “I don’t know what you could date at the site to give you more precise dates than what we’ve been able to produce.”

Research leader on human evolution at London’s Natural History Museum, Professor Chris Stringer, said: “This is a very comprehensive study of the depositional context of the famous Ngandong Homo erectus partial skulls and shin bones, and the authors build a strong case that these individuals died and were washed into the deposits of the Solo River about 112,000 years ago.

“This age is very young for such primitive-looking Homo erectus fossils, and establishes that the species persisted on Java for well over one million years.”

Researchers used five dating techniques on sediments and fossil animal bones from the area, combining 52 age estimates for the analysis which took 13 years to complete.

Homo erectus arose in Africa about 2 million years ago and spread widely across the continent, in Asia and possibly into Europe. It reached Java more than 1.5 million years ago and the new dates suggest it died out at least 35,000 years before the arrival there of our own species, Homo sapiens.

Homo erectus may have been doomed on Java by climate change that turned its open woodland environment into rainforest, Mr Ciochon said. Still, it evidently existed longer on Earth than any other species on our “Homo” branch of the evolutionary tree.

Susan Anton, a New York University anthropologist who did not participate in the work, called the dating effort “heroic”. But she said she considered the reported age range to be too narrow and prefers a span of less than 550,000 years old to more than 100,000 years old.

That is roughly what she and co-authors proposed in a paper published in 2011. The younger end of the range in that paper was as recent as 120,000 years, which she said is virtually the same as the new result.