A new Alaska-based carrier that plans to provide daily passenger flights between Asia and the Lower 48 will buy its first Boeing 757-200 jet on Thursday.

The acquisition is a key step for Northern Pacific Airways as it begins to build its fleet, said chief executive Rob McKinney.

The company plans to begin service next year from Anchorage, with year-round travel to destinations such as Tokyo, Seoul, Orlando and Los Angeles.

“From Anchorage you could go to Tokyo for the weekend,” McKinney said.

Northern Pacific plans to buy a dozen of the Boeing 757-200s, which can carry more than 200 passengers apiece, separated by a single aisle, McKinney said.

The business plan is modeled after the success of air cargo service at the Ted Stevens Anchorage International Airport, he said.

The airport has become the world’s fourth busiest for cargo, with Anchorage typically a stop for refueling and crew changes as jumbo jets hop between Asian cities and the Lower 48.

“We plan to replicate that model with passengers,” McKinney said.

It’s an ambitious plan for the startup company.

Northern Pacific is a sister brand to Ravn Alaska that now provides service to rural Alaska on turboprop planes typically seating up to 37 passengers.

The brands are owned by FLOAT Alaska. Leadership with FLOAT purchased the assets of RavnAir Group out of bankruptcy last year, launching Ravn Alaska.

McKinney, a pilot with experience flying in Alaska, is also chief executive for both Ravn Alaska and FLOAT Alaska.

Ravn Alaska has other future plans, including purchasing small hybrid-electric aircraft in the future.

Northern Pacific recently announced that it had agreed to buy the first of six Boeing 757-200s. The jets were retired from service last year, after they flew for American Airlines, McKinney said.

The first jet, after the sale closes on Thursday, will leave a storage yard in New Mexico next month, McKinney said.

It will receive several weeks of “intensive” maintenance through Certified Aviation Services, a company in San Bernardino, California. The jet will then be painted and receive its Northern Pacific design, and arrive in Alaska in December.

“We’ll keep the process going one after the other,” he said.

Northern Pacific is working with a broker to buy the jets and engines, McKinney said.

The price of the first two jets will run about $10 million apiece, on average, he said, and Northern Pacific is raising money from private sources to cover the costs of its business plan.

“We have a reasonable target for capital expenditures and there’s a lot of talent out there,” he said. “We are bringing talent from all over the world that knows how to do this type of operation.”

The company hopes to receive approval from the Federal Aviation Administration after conducting proving runs in the spring. It hopes to be by operating by September, McKinney said. 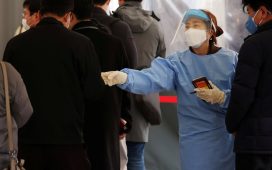 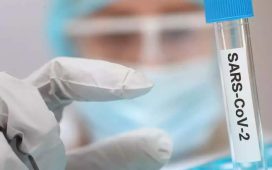