Anas Sarwar, a 37-year-old former dentist and member of the Scottish parliament, sets out his stall today to become Labour’s next leader in Scotland as he says the cause of equality – not independence – should be top of the political agenda.

Sarwar missed out in the race for the leadership four years ago to Richard Leonard, who resigned last week after failing to challenge the SNP as the dominant force in Scottish politics.

Writing online in the Observer, the son of former Glasgow Labour MP Mohammad Sarwar and an early frontrunner says his task is to “rebuild” Labour north of the border after recent electoral humiliations. It finished fifth in the 2019 European elections and fourth in the general election later that year in terms of the number of seats won.

His fellow MSP Monica Lennon, Labour’s health spokesperson at Holyrood, is seen as another likely candidate. With the campaigns for May’s Holyrood elections due to start in March, Labour sources say they hope to have a new leader in place by the end of February.

Sarwar says internal wrangling must be replaced by a sense of united purpose. “Over the past few years, I have gained a new perspective on our politics and realised that the things we argue about mean little to people’s lives. We spend too much time highlighting our differences, rather than focusing on what unites us.”

He says life cannot not be the same after Covid-19, and that the focus must be on advancing equality in society rather than the cause of taking Scotland out of the union.

“I firmly believe we cannot go back to society as it was before the pandemic – insecure work, hollowed- out public services, an underfunded health service, and the constant focus on another independence referendum when there’s far more important things we need to be dealing with.”

He adds: “Scottish Labour can compete again if we offer a positive alternative – a plan to heal our wounds, to reunite our people and to rebuild our country.”

He cites his own personal experiences growing up in Glasgow and facing racism, saying they have taught him about the need to speak up and act against prejudice.

“Speaking out against the racism I’ve faced was the hardest thing I’ve done in politics. My family faced death threats as a result. But I’ve used that experience to spend my time in our communities working on what unites us and bringing people together – I have listened and I have learnt.

“I want to bring that same approach to our Labour movement so that we can rebuild our party and rebuild our country.”

Leonard resigned last Thursday, throwing Labour into turmoil just months before the crucial Scottish elections – which the SNP hope will demonstrate increased support for independence – are due to take place.

In a statement Leonard, who was from the party’s left and an ally of former leader Jeremy Corbyn, said after having failed to re-establish Labour as a threat to the SNP he had “come to the conclusion it is in the best interests of the party” to step aside. 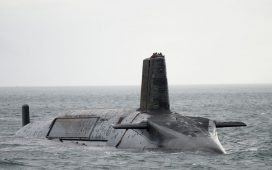 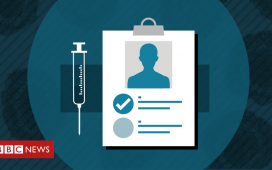 'Vaccine passports': Will I need one for going out, work and travel? 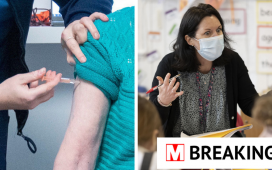 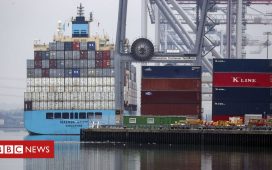