NEWSCABAL
Home » An optimist's guide to 2021 in Asia
asia


TOKYO — At the very beginning of the year, Nikkei Asia reported an outbreak of a “viral pneumonia of unknown origin” emerging from the Chinese city of Wuhan. The new coronavirus, formally known as SARS-CoV-2, has gone on to infect more than 80 million people globally — with probably millions more cases unrecorded — and it is no exaggeration to say it has turned the world on its head.

COVID-19 has killed around 1.7 million people, sunk many countries into recession, roiled markets, grounded planes, closed schools, locked down cities, and placed incredible burdens on hospitals and medical workers. It has also had incalculable impacts, such as its toll on mental health. The virus has brought phrases such as social distancing, cluster, asymptomatic, contact tracing, false positives and reproductive rate into the common lexicon, and has made mask-wearing almost universal — certainly in Asian nations.

Many have called 2020 the worst year in recent memory. And while the impact of the virus will be felt for decades to come, there are many reasons to be optimistic as we head into 2021. Key workers in places such as Europe and the U.S. have started to receive vaccines, and Asian countries are beginning the approval process — meaning shots are likely just months away. Should enough inoculations be produced, procured and delivered to patients, life should start to return to some sort of normal.

COVID-19 has also provided people, governments and companies cause to pause and think about prevailing practices, forcing them to reconsider ways of living, governing and doing business. In many ways, the coronavirus has been a catalyst for change, rapidly accelerating developments that had been slowly taking place. 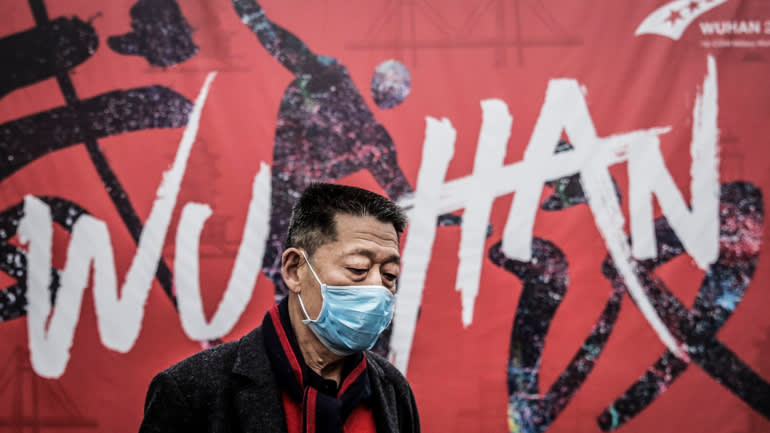 A man wears a mask while walking in January in the Chinese city of Wuhan — the epicenter of the pandemic.

While the headlines have naturally focused on coronavirus treatments and vaccines, the pandemic-led tail winds have expedited public and private sector investment in medicine and health care generally. The hype has subsided a little and Lisa Leung, a managing partner in leading China venture fund Qiming and a veteran health care investor, said she expects strong interest in the sector to remain in 2021, albeit more rationally than this year.

Takeshi Kasai, the World Health Organization’s director for the Western Pacific region, told a forum in September that the pandemic has upended how societies operate and how we perceive and value health. “The situation demands that we break down barriers, collaborate and cooperate in solidarity, provide a space for new ideas and new partners and embrace uncertainty and creativity and take calculated risks — the very essence of innovation,” Kasai said.

Telehealth services are flourishing, and the pandemic has also accelerated consumer awareness of health and sustainability issues — younger consumers are buying more ethical, sustainable and healthy products. For instance, makers of plant-derived meat, which reduce the environmental footprint, are seeing sales soar.

Unrelated to the virus, 2021 is likely to herald advances in genome editing — an important tool in developing COVID-19 diagnostic kits and anti-virus drugs, as well as new treatments for cancer and rare diseases. The year ahead could also bring progress in quantum computing, and improved disaster management through the use of AI, or artificial intelligence, and big data. 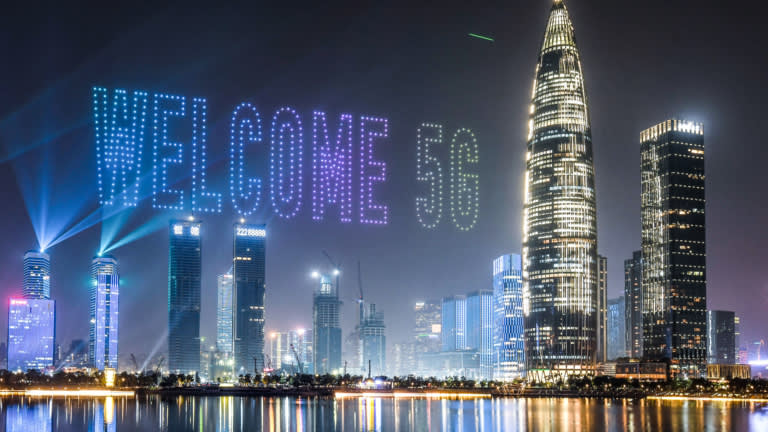 Hundreds of unmanned aerial vehicles perform in formation over Shenzhen bay in China prior to the award ceremony of the 2020 Global 5G Application Competition on Dec. 22.

Also, the 5G, or fifth generation, era in telecommunications might finally arrive. Industry watchers say the newly launched iPhone 12 will drive the acceleration of overall 5G adoption in the U.S. and other regions where Apple holds a dominating market position. China, with massive government backing, is set to rapidly roll out the technology nationwide, creating a breeding ground for innovation.

The demand for cloud services — a key arena for the next stage of competition between technology giants — is expected to continue to surge as more companies move their operations online to mitigate interruptions caused by extraordinary events. Analysts see great growth potential in Asia, especially China, as adoption among enterprises is much lower compared to U.S. and European peers.

The push across Asia to achieve carbon neutrality — Japan and South Korea are aiming for 2050, with China a decade later — is also a catalyst for innovation. Toyota, the world’s largest automaker, will unveil a prototype next year of a solid-state battery allowing a trip of 500 km on one 10-minute charge.

The green energy push is leading to a procession of announcements. Japan’s environment minister has proposed increasing renewable power sources to more than 40% of the nation’s energy mix by fiscal 2030, about twice the government’s current goal; South Korea is putting 160 trillion won ($145 billion) in its K-New Deal of green and digital investment; and China, the world’s biggest emitter, has pledged to cut emissions per unit of GDP by 65% from 2005 levels and increase the share of non-fossil fuels in primary energy consumption to around 25% by 2030. India, meanwhile, is expected to be the largest contributor to the renewables upswing in 2021, according to the International Energy Agency.

With President-elect Joe Biden set to take office in January, the U.S. is expected to roll out a series of incentives to expedite the adoption of electric vehicles. Tokyo has set a goal for all new cars sold in the city to be hybrids or electric vehicles by 2030. 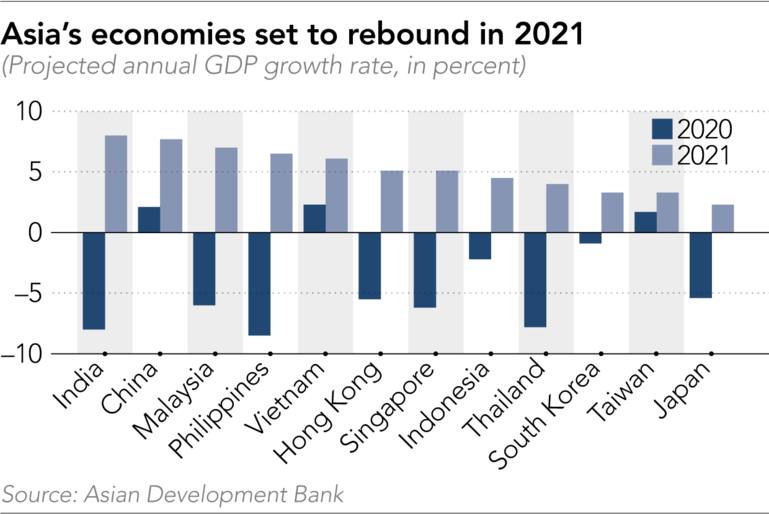 This year has seen many economies fall into recession — the Asian Development Bank sees regional gross domestic product across developing Asia shrinking 0.4% in 2020. But the signs for 2021 are more rosy — the ADB forecasts 6.8% regional growth. And economists surveyed by the Japan Center for Economic Research and Nikkei expect a turn around next year though pre-pandemic growth levels will only return in 2022. China and India are expected to lead the way, with the ADB projecting expansions of 7.7% and 8%, respectively, next year.

In diplomacy, Asian leaders will be able to catch their breath after four years of dealing with a U.S. led by the unpredictable Donald Trump as Biden moves into White House. The former vice president is not expected unleash any jarring Asia policies, even on China. “A Biden administration will give both sides a small window for a partial reset, as he will take a more structured approach with China, albeit competitive,” said Chu Fengcheng, a partner at Plenum China, a Hong Kong-based political consultancy. The incoming leader is expected to revive trade talks and engage with Beijing on issues such as climate change.

There is also an outside chance that a code of conduct that spells out how countries must behave in the South China Sea could be completed next year, but many obstacles need to be overcome to bridge fundamentally divergent interests. And Beijing would likely use its heft to cut a favorable deal. 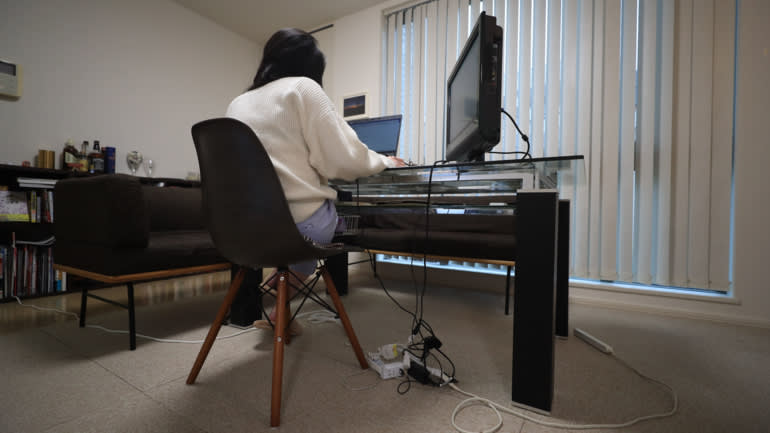 A woman works from her home in Tokyo during the pandemic. (Photo by Kosaku Mimura)

One of the most obvious changes of 2020 for white-collar workers was the increased flexibility — or obligation due to lockdowns — of working at home. Many companies, including those in East Asia where a presenteeism culture exists, are now making the temporary telecommuting option permanent.

The question, however, is will people be able to travel for work, vacation or to visit loved ones overseas? Asian countries are set to open travel bubbles to bring some degree of normality back to the battered airline industry. Australia and New Zealand have agreed to establish a bubble in the first quarter of 2021, and Hong Kong and Singapore are looking to start a delayed move to allow travel between the cities. China, meanwhile, has seen an increase in guests at luxury hotels in the latter half of 2020. “The 2021 Chinese New Year is also likely to give a boost to the tourism sector with recovering traveler sentiment,” said Rinaldo Pereira, senior business fundamentals analyst at data and analytics company GlobalData.

India may be a bright spot for tech in Asia over the next few years. Reliance’s Jio Platforms has already invested $20 billion in their digital business and with an eye on splashing more cash. Tata Group, the country’s biggest conglomerate, is rolling out a super app but faces competition from Paytm and Walmart’s Flipkart. 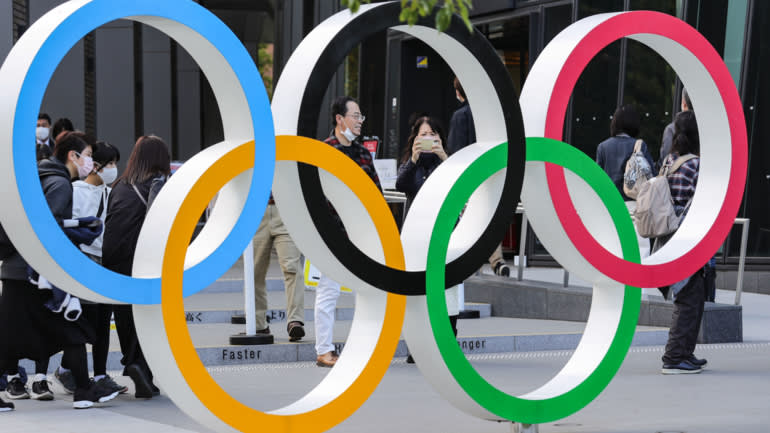 The Olympic Rings are seen at the Japan Olympic Museum in Tokyo. (Photo by Ken Kobayashi)

Lovers of culture — both high and low — are hoping the New Year will bring about the widespread return of concerts, moviegoing, live theater and other events involving large audiences both indoors and outdoors.

The upcoming year’s largest sports event, the Tokyo Olympics, is rescheduled to start in late July and organizers are determined to hold the Games despite much skepticism. The Hong Kong Sevens rugby tournament, which draws thousands of fans from overseas, has been pushed back from spring to November.

Moviegoers tired of watching Netflix, Amazon Prime Video and Disney+ — and waiting impatiently for blockbusters that saw releases postponed this year including “Dune,” “Black Widow” and the latest James Bond film — can look forward to the prospect of cinemas opening without restrictions. “You need to be an optimist to be in this business, so I am somewhat hopeful that the [Hong Kong International Film Festival] will once again turn out to be an in-person, physical film festival,” Albert Lee, the festival’s executive director, told Nikkei Asia.

Steven Pinker, the renowned professor of psychology at Harvard University who made an optimistic case for humankind in his 2018 book “Enlightenment Now,” gave a reminder of the big picture to Nikkei.

“With COVID and Donald Trump dominating the news, many people have forgotten two of the greatest concerns of just a few years ago: terrorism and war. Both of them have declined in the past year,” Pinker said. “In the case of war, this continues a bumpy decline in the rate of deaths from war that began after World War II. The world has not yet put an end to war, as the folk singers of the 1960s dreamed, but we’re heading in that direction.”