NEWSCABAL
NEWSCABAL > europe > ‘An attack on us all’: European leaders condemn shooting of Dutch reporter
europe

‘An attack on us all’: European leaders condemn shooting of Dutch reporter


European leaders and press freedom campaigners have condemned the shooting of journalist Peter R de Vries on a busy Amsterdam street, demanding his attackers face justice as the veteran Dutch crime reporter fights for his life in hospital.

“This is a crime against journalism and an attack on our values of democracy and rule of law,” the head of the European Council, Charles Michel, tweeted. “We will relentlessly continue to defend the freedom of the press.”

The Dutch king, Willem-Alexander, and his wife, Máxima, expressed their “deep shock” at the attack on De Vries, who was shot up to five times, including once in the head, shortly after leaving a TV studio at about 7.45pm on Tuesday.

“Journalists must be able to do their important work freely and without being threatened,” the royal palace’s statement said. “We stand with everyone who stands up for the free press in a state governed by the rule of law.”

De Vries became famous for reporting the kidnapping of the millionaire brewer Freddy Heineken in 1983 and is a national figure in the Netherlands. He had his own TV show for 17 years, working with victims’ families, pursuing unsolved cases and exposing miscarriages of justice.

Police said on Wednesday that two men arrested on the A4 motorway soon after the shooting in the centre of the Dutch capital, a 35-year-old Polish national and a 21-year-old Dutchman, were in custody and would appear before a judge on Friday.

The pair are suspected of “direct involvement” in the attack, a police statement said. An 18-year-old man from Amsterdam, who was also arrested on Tuesday night, had been released and was no longer a suspect in the shooting.

There were no further reports on the journalist’s condition, which was described on Tuesday as critical. De Vries’s son Royce said the family’s “worst nightmare came true. We are surrounding Peter with love and hope during these hard times”.

At the scene of the shooting, on the Lange Leidsedwarsstraat off Amsterdam’s central Leidseplein, shocked residents laid flowers and lit candles.

Amsterdam’s mayor, Femke Halsema, told a city council meeting the “cowardly and brutal attack” had shocked the city. “We are furious and determined,” she said, calling De Vries a “pillar for people in need” who had “admirers in all levels of society”.

The journalist, who has been given police protection in the past after receiving death threats, has since last year acted as an adviser and confidante to the key prosecution witness against Ridouan Taghi, known as the Netherlands’ most wanted criminal.

Two years ago Derk Wiersum, the lawyer for a witness known as Nabil B, was fatally gunned down in the street shortly after leaving his house in Amsterdam, in a killing the Dutch prime minister, Mark Rutte, described as “incredibly disturbing”.

The New York-based Committee to Protect Journalists called on Dutch authorities to investigate if De Vries was “targeted for his work”, saying journalists in the EU “must be able to investigate crime and corruption without fearing for their safety”.

The media watchdog Reporters Without Borders expressed “full solidarity”, while Council of Europe’s human rights commissioner, Dunja Mijatović, demanded the killers be brought to justice to ensure the safety of journalists in Europe.

The bloc has been rocked by several killings of investigative journalists and crime reporters in recent years.

In April, Giorgos Karaivaz, who covered crime stories on the private Star TV channel, was hit by at least six shots from a 9mm pistol fired by the passenger of a motorbike outside his home in Athens in what police called an execution-style killing.

Five years previously, the investigative journalist Daphne Caruana Galizia was killed by a car bomb in Malta in 2017, four years after Ján Kuciak and his fiancee, Martina Kušnírová, were discovered shot dead outside their home in Slovakia. 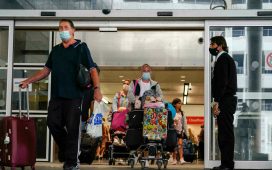 France plans rollout of Covid vaccine booster shots – so far, only for the vulnerable

Why are low-risk countries on the Covid travel ‘red list’? | Letters 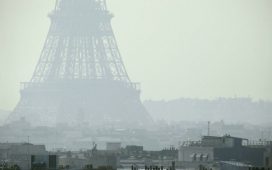