With toilet-invading iguanas, deadly hybrid super-serpents and toxic giant toads, no corner of Florida is ever completely safe from the threat of a marauding reptile.

Now, with the imminent start of the rainy season, another menace is emerging from the swamps: amorous alligators heading into urban areas in an annual quest for love.

The 2021 season appears to be off to a lively start. Last week, the Hillsborough county sheriff’s office was called to handle a 10ft gator hiding under a parked car in Tampa.

That followed a Pinellas county man’s discovery of a 7ft reptile lurking in his back yard before taking a dip in the family pool, and a joint effort by Venice police and Sarasota county sheriff’s deputies to remove a large gator from a housing complex.

Perhaps the raunchiest example came in a video of two alligators engaged in a mating ritual, captured by a Bradenton resident and posted to YouTube.

“Didn’t have to leave my back yard to see these two gators tossing each other around,” wrote Gordon Silver, the gator videographer.

April is the final month of Florida’s dry season and the beginning of the alligators’ annual courtship. Rising temperatures wake up the reptiles’ metabolisms and they become more energetic and travel further in search of food and mates.

“As a reminder, warm spring weather means alligators are more active and more visible,” the Florida Fish and Wildlife Conservation Commission says in its online advice for living with alligators and crocodiles.

“It also means they’ll be observed basking in the sun as they regulate their body temperature. Never feed an alligator and keep your distance if you see one. Swim only in designated swimming areas during daylight hours. And keep pets on a leash and away from the water.”

Most alligator mating takes place in May and June, with nesting in late June and July. Females lay an average of 32 to 46 eggs which hatch in late summer or early fall.

Despite about a third of nests being destroyed by predators, mostly raccoons according to the state, alligators live in healthy numbers in all 67 Florida counties, with about 1.3m statewide.

The state runs a nuisance alligator hotline and a network of freelance trappers. Most alligators removed are killed humanely and sold for meat and their hides.

Although alligators can be more aggressive during mating season and human encounters are more likely, the threat remains relatively low.

There have been 26 recorded human fatalities involving alligators since records began in 1948, state data shows, and 433 incidents of bites ranging from minor to serious.

As symbolic of Florida as Disney World and Nasa, the giant reptiles continue to hold a certain mystique for the state’s 21.5 million residents and its many visitors.

Last September Mark Johnson, an artist from Port St Lucie, produced a vivid self-portrait of an 8ft alligator chomping its teeth into his thigh while he was walking his dog.

In November, a 74-year-old man freed his puppy from the jaws of an alligator in a lake near his home in Estero. Video of the incident showed a composed Richard Wilbanks keeping his cigar clenched in his jaws throughout. 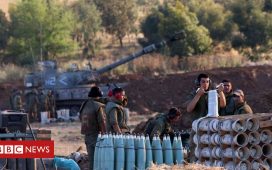 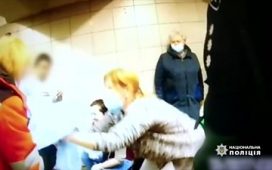 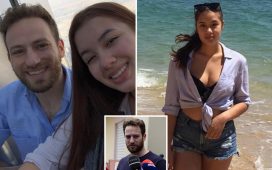