Shares in “meme stocks” such as AMC Entertainment, the biggest movie theatre business in the world and the owner of Odeon in the UK, have been on another rollercoaster ride as small investors took up the cudgels against Wall Street once more.

Trading in the US firm has been halted several times this week as amateur traders scrambled to buy stock in huge volumes, doubling the share price to more than $69 at one stage and valuing the business at $30bn. Professional analysts reckon the stock should be at less than $4.

As the markets opened on Thursday, AMC shares fell back sharply, losing more than 20%, after the company cashed in on its sudden popularity by selling stock at a higher price than it could otherwise have achieved.

It filed its intention to sell 11.5m shares, in what will be its third time taking advantage of an inflated equity price to raise cash since amateur traders began piling in.

Frenzied trading in AMC is the latest example of small investors, often collaborating via Twitter or Reddit, latching on to unloved, low-value companies.

Their aim is often as much to burn short-sellers: professional investment firms that have taken out large bets against such companies in the hope of making a profit when they fail.

These companies and their shares have in effect become memes – viral online phenomena – gathering momentum among backers attracted by the idea of forcing hedge funds to swallow multibillion-pound losses.

AMC and GameStop are far from the only stocks being targeted by small traders, many egging each other on via the Reddit forum WallStreetBets.

Other firms at the centre of their assault on short sellers have endured a similarly bumpy ride. The retailer Bed Bath & Beyond lost a quarter of its value in the morning trading session on Thursday, having gained 62% a day earlier. The struggling electric van startup Workhorse has been in the crosshairs of short sellers, but gained 25% on Thursday morning.

The fresh trading chaos marks the latest chapter in a saga that began earlier this year, when the bricks-and-mortar video game retailer GameStop was at the centre of a campaign that led to huge fluctuations in its share price despite nothing about its prospects having changed.

While GameStop initially chose not to engage with its newfound cult status, AMC appears to have embraced it, offering small investors free popcorn and special offers, and cashing in on the high valuation by issuing new shares to raise funds. The incentives sparked fresh increases in AMC’s price.

With its cinemas across the US shut because of the pandemic, AMC shares began the year at just $2 and have since climbed by more than 3,000% thanks to the attention.

Susannah Streeter, a senior investment and markets analyst at the UK investment group Hargreaves Lansdown, said there were some genuine reasons for improved market sentiment around the cinema chain, pointing to strong sales since US movie theatres began reopening.

But she pointed to the “legacy effect from the revenge saga which played out earlier in the year, with AMC one of the stocks targeted by activist investors in a bid to create big losses for short sellers”.

She said: “With AMC still a target for investors betting that the stock is way overvalued, it seems battle lines have been drawn again and a fresh short squeeze is again on the cards.”

Streeter said AMC and GameStop were now the most heavily bought stocks on Hargreaves Lansdown’s investment platform. Buyers should be wary about putting their savings into stocks with inflated values, she added.

“We would advise investors to proceed with caution and avoid following the herd into hot stocks which are the subject of frenzied speculation. It is a highly risky strategy and people should only dabble at the edges of their portfolio with money they can afford to lose.”

Investors have largely been undeterred by such warnings, with many professing themselves happy to engage in online activism that alarms or even hurts Wall Street.

The trend has brought home to professional investors the power of crowds to move markets, a phenomenon that has also been fuelled by the actions of the Tesla boss Elon Musk. On Wednesday, a comment Musk made to his more than 56 million followers on Twitter about the viral “Baby Shark” YouTube video sparked a surge in the share price of a South Korean company.

His tweets have also triggered swings in the price of Tesla, as well as the value of digital currency bitcoin and its “joke” rival dogecoin, which soared in value despite having been created as little more than a fun internet meme.

The ability of amateurs to move markets has created unease in financial centres such as London and New York. Danni Hewson, an AJ Bell financial analyst, said: “The period earlier in the year when so-called meme stocks were soaring wasn’t necessarily the happiest time for the markets overall, and it’s notable that after shares in US cinema chain AMC Entertainment soared to a record high overnight, the FTSE 100 fell out of bed on Thursday morning.” 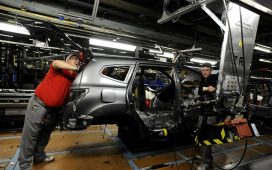 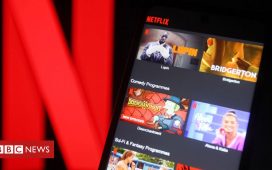 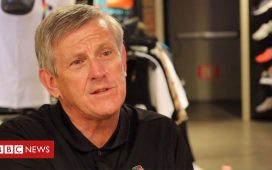