AMBER Heard was pictured smiling for the cameras just hours before her ex-husband Johnny Depp lost his libel case.

London’s High Court ruled today that The Sun was right to brand the Pirates of the Caribbean actor a wife-beater for his brutal attacks on Ms Heard.

In his ruling, Mr Justice Nicol dismissed Depp‘s defamation claim, saying The Sun’s publisher News Group Newspapers (NGN) had proved what was in the article to be “substantially true”.

Ms Heard was seen smiling and laughing with a friend during a hike in Los Angeles yesterday.

The pictures were taken hours before the bombshell verdict was delivered this morning.

Mr Justice Nicol threw out Depp’s defamation case after finding our story – which had always been staunchly backed by Ms Heard – was accurate.

The judge ruled Depp’s feelings towards his wife during their turbulent three-year relationship were summed up in a text where the actor revealed he had “no mercy” for her.

He also concluded Depp beat Ms Heard 12 out of 14 times – starting in 2013 when he slapped the actress when she made a comment about his tattoo.

He dismissed two allegations made by Ms Heard in 2014 and 2015 but said he couldn’t conclude she had been “untruthful” about it.

THE judge today ruled Depp attacked his ex-wife 12 times in their relationship. These were:

The judge dismissed two allegations made by Ms Heard but did not conclude she had been untruthful. These were:

Over the course of their stormy marriage, the judge found Depp battered his wife after slipping into his “monster” persona when he binged on drink and drugs.

Depp had branded the Aquaman star’s allegations a “hoax” and accused her of attacking him as he gave evidence for more than 20 hours at the High Court.

The Alice in Wonderland star also tried to smear his ex-wife’s reputation – even making an extraordinary claim Ms Heard pooed in their marital bed after a fight.

But the judge today said The Sun’s publishers, News Group Newspapers (NGN), had proved what was in the article to be “substantially true”.

He also dismissed Depp’s description of his ex-wife as a “gold-digger”, saying: “I do not accept this characterisation of Ms Heard.”

Mr Justice Nicol added: “Although he has proved the necessary elements of his cause of action in libel, the defendants have shown that what they published in the meaning which I have held the words to bear was substantially true.

“I have reached these conclusions having examined in detail the 14 incidents on which the defendants rely, as well as the over-arching considerations which the claimant submitted I should take into account.”

And in another bitter blow, he could now face forking out millions of pounds in legal costs – including The Sun’s.

A spokesperson for The Sun said: “The Sun has stood up and campaigned for the victims of domestic abuse for over twenty years.

“Domestic abuse victims must never be silenced and we thank the Judge for his careful consideration and thank Amber Heard for her courage in giving evidence to the court.”

Following today’s sensational ruling, Ms Heard’s US lawyer Elaine Charlson Bredehoft said: “For those of us present for the London High Court trial, this decision and judgment are not a surprise.

“Very soon, we will be presenting even more voluminous evidence in the US.

“We are committed to obtaining justice for Amber Heard in the US court and defending Ms Heard’s right to free speech.”

Blood-soaked mum, 29, carrying baby screamed for help after she was fatally stabbed

In July, Ms Heard described her pain as she was forced to relive “traumatic” details of her broken relationship with a monster who made her life a misery.

During the trial, the court heard how Depp had sent Ms Heard texts calling her “a fat ugly w***e”.

He also sent messages to Brit actor pal Paul Bettany, plotting to drown and burn her as a witch and “f**k her burnt corpse afterwards to make sure she’s dead”. 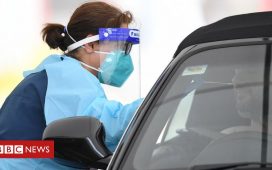 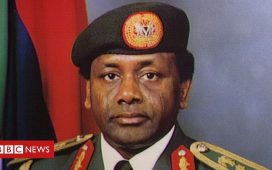