Amazon offers $3,000 sign-on bonuses to US delivery and warehouse workers


Amazon is offering sign-on bonuses of up to $3,000 in some locations as it aims to hire 125,000 delivery and warehouse workers across the US amid a recruitment frenzy.

The online retailer and tech company said it was also raising its average starting wage to $18 an hour, up from $17 an hour announced in May, amid fierce competition for hourly paid workers in the US.

Dave Clark, chief executive of Amazon’s global retail business, said: “We take our responsibility as an employer seriously and want our employees to succeed and thrive.”

Amazon’s minimum pay is still $15 an hour in the US but the company is being forced to offer increased incentives to support the expansion of its operations to cope with the shift to online shopping ahead of the peak Christmas season.

In 2021, Amazon has opened more than 250 new logistics facilities and in the US, and will launch over 100 more in September alone.

Last week, the company said it would put $1.2bn into paying for college tuition fees and text books for hourly workers starting next year.

Companies are battling to sign up workers as job vacancies hit a record high of 10.9m in July, exceeding the number of unemployed people by more than 2 million, according to the US Department of Labor.

Retailer Target has said it will offer free undergraduate degrees to more than 340,000 staff in the US while Delivery company UPS has promised to hand out job offers in 30 minutes as part of efforts to hire 100,000 workers for the festive season.

Amazon’s latest hiring spree – for delivery and warehouse crews – comes on top of plans to hire 55,000 staff in corporate and technology jobs around the world.

Fresh calls for windfall tax on companies that prospered during Covid 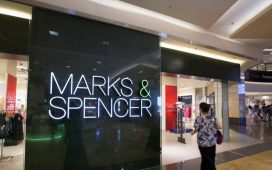 ‘Locals love us’: country Australia’s general stores come into their own amid Covid