December is finally here and we’re all getting in the festive spirit.

With just over three weeks until the big day, it’s time to put our Christmas plans into action.

Thankfully, the capital has all sorts of exciting things to ring in the season  – from winter markets to seasonal pop-ups.

There are also a number of incredible festive displays to check out in the city – many of which are totally free to visit.

These visual spectacles come in the form of street lights, building decorations and illuminated trails.

So wrap up warm and venture out to some of these brilliant attractions over the coming weeks – we guarantee if you aren’t feeling Christmassy yet, you certainly will after visiting these popular spots.

If you head down to Carnaby Street today you’ll be inundated with 600 sparkling butterflies. These 3D and 2D creatures are dotted about the street with reflective wings and bright neon patterns – all perching above shimmery disks lying overhead.

The display is in collaboration with the street’s charity partner Choose Love – which supports refugees around the world. There’s even a shop at no.3 selling limited edition products.

Lightopia is back at Crystal Palace Park for another year. The historic park is brought to life with interactive displays, installations, lanterns, colourful lasers, water shows and a Christmas light walk.

This one is great for the whole family.

Annabel’s has been transformed into a sparkling gingerbread house for 2021. They’ve teamed up with Swarovski to turn the Berkeley Square building into an incredibly impressive, glittery masterpiece.

Thousands of brown crystals make up the gingerbread house, while fiberglass icing lines the roof. If that wasn’t decadent enough, emeralds have been used for the entrance way. So it really is a visual spectacle.

Christmas in London wouldn’t be complete without the Oxford Street lights.

This year, more than a million LED lights have been used to create a starry display that is said to be 100% recyclable and will be used for future Oxford Street celebrations.

Sparkle in the Park in Greenwich

Back for a second year, this experience in Greenwich really is a winter wonderland – with an immersive light trail, twinkling trees and fire art installations with interactive experiences along the way.

And this year Sparkle in the Park organisers have really pushed the boat out – as there will be live musical performances too.

This Notting Hill pub always puts on an impressive display when the festive period rolls around.

If you pass the venue now until January you certainly won’t miss it, as it’s covered in Christmas trees – stretching from the pavement to the roof.

This year’s theme for the department store is ‘Witness a Spectacle’ with various brands on tables in the shop window – reminiscent of a Christmas feast.

At each window, visitors can scan a QR code which opens up a window on their phone – allowing them to experience festive filters and AR technology.


MORE : Christmas fitness classes to sign up to including barre, boxing and pilates


MORE : The best gifts to buy for your mum this Christmas


MORE : 50 Christmas gift ideas for her to suit every budget and taste 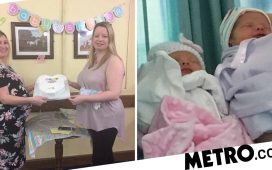 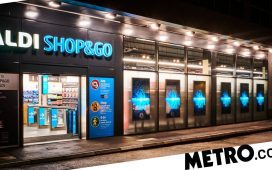 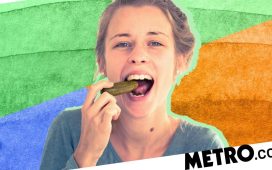 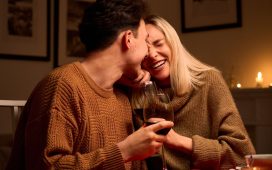