Alyson Hannigan has recalled a ‘beautiful and significant moment’ she shared with Bob Saget and his daughter.

The 47-year-old star used to babysit her How I Met Your Mother co-star’s daughter when she was a teenager, and she paid tribute to the late actor – who played the role of older Ted as the show’s narrator – following his death on Sunday aged 65.

On Monday, Alyson shared a photo of the HIMYM cast on Instagram a revealed one of her most enduring memories of Bob.

She wrote: ‘One of my favorite memories of Bob was when I was babysitting his daughter Aubrey. I was 15, she wasn’t feeling well, and I couldn’t get her to sleep or stop crying.

‘Bob came home and took her in his arms, played a Tracy Chapman song on the stereo and danced with her until she fell asleep on his shoulder.

‘It was such a beautiful and significant moment for me and I’m sure just one of a million moments like that for them. He was a wonderful Dad and human. I love you Bob. RIP’.

Meanwhile, Josh Radnor – who played Ted Mosby in the hit sitcom – hailed him as the ‘kindest, loveliest, funniest, most supportive man’ in a lengthy Twitter thread.

He admitted Bob helped him overcome his impostor syndrome on the show, and they stayed close well beyond the end of the show.

‘This man that I’d delighted in seeing on TV for years cheering me on, letting me know I had a right to be there and playing that character… I can’t overstate how meaningful his words were,’ he wrote.

‘I’m endlessly grateful that HIMYM brought Bob Saget into my life. I’ll hear his voice in my head for the rest of my day.’

And Neil Patrick Harris – who played Barney Stinson – added: ‘Absolutely stunned to hear about Bob Saget. He was always so kind and generous and hilarious. Gone too soon.’

The beloved comedian, famed for starring in US sitcom Full House, was pronounced dead in his hotel room in Orlando, Florida on Sunday.

An exact cause of death remains unclear.

Officers from Orange County Sheriff’s Office confirmed Saget’s death in the early hours of Monday, with a brief statement revealing there were no signs of foul play or drug use.

They said: ‘Earlier today, deputies were called to the Ritz-Carlton Orlando, Grande Lakes for a call about an unresponsive man in a hotel room.

‘The man was identified as Robert Saget & pronounced deceased on scene.’ 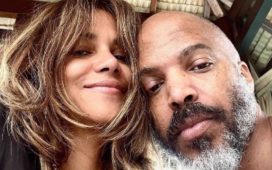 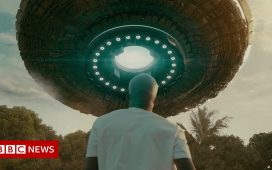 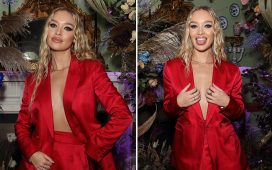 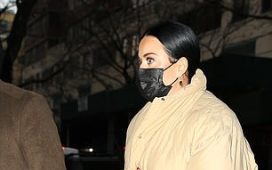 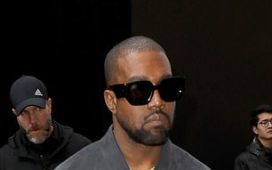