Alpine has announced it will field an LMP1 prototype entry for the 2021 FIA World Endurance Championship (WEC) season – the latest move demonstrating owner Renault’s commitment to the sports car brand.

Just last week, Renault announced that it would rebrand its Formula 1 team to Alpine F1 for the 2021 season. The change makes Alpine one of the only constructors simultaneously entered at the highest level of two FIA-recognised world championships, while also providing a customer racing programme with the A110 Cup, GT4 and Rally.

The French team will race as Alpine Endurance from next year. It currently races under Signatech Alpine, having competed in the LMP2 division for five years, winning two European titles, two world championships and three class victories in the 24 Hours of Le Mans.

Next season will mark the first time it has entered a car in the WEC’s top category, using an Oreca chassis and Gibson engine based on the existing Rebellion Racing R-13. It will be balanced against the new Le Mans Hypercar (LMH) entrants from Toyota, ByKolles and Scuderia Cameron Glickenhaus.

Unlike LMP2, which is restricted to independent teams using one of four homologated chassis and a standard 4.2-litre Gibson V8 engine, LMP1 allows manufacturer teams and well-resourced privateer squads to field bespoke designs that may utilise hybrid powertrains.

Alpine managing director Patrick Marinoff said: “After eight successful years against some of the best teams in the world, it’s time to take a new step by challenging the constructors in the premier category, as we will also do in F1.

“We intend to take the fight to well-established competition and to write new pages in the history of this great brand born out of competition that is Alpine and to put the French colours at the highest levels of motorsport.”

The endurance and F1 teams are actively investigating ways they can work together, although any partnerships are unlikely to be in place prior to the start of the 2021 WEC season.

Alpine now has two racing divisions and just one road car, the A110 – but Marinoff admitted this was a relationship the company was looking to change in the future.

“There will be Alpine models coming up,” he said. “We can’t tell you exactly when and what, but the momentum behind the Alpine brand is very strong, and our new CEO, Luca de Meo, is a promoter of Alpine as a brand.

“Motorsport is in the DNA of the brand, so it’s important to take steps forward, then other steps will follow.”

Alpine has committed to a single year in the LMP1 class, with future efforts likely requiring an all-new car built to LMH or Le Mans Daytona Hypercar (LMDh) rules, to allow for competition in both the WEC and the IMSA Sportscar Championship. 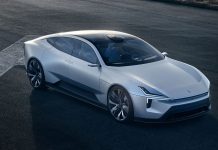 Jaguar E-Type at 60: return to the Jabbeke Highway