NEWSCABAL
Home » ‘Almighty crunch’: Daniel Andrews tells of fall that his wife thought was going to kill him
world

‘Almighty crunch’: Daniel Andrews tells of fall that his wife thought was going to kill him


Daniel Andrews’ wife Catherine thought the Victorian premier was “going to die” when she discovered him struggling to breathe on the stairs of the Sorrento holiday home where he fell and broke several ribs and his T7 vertebra in March.

In a video released before his return to work this week, Andrews also addressed the “vile rumours” that spread about the accident during his three-month layoff and confirmed that he intended to recontest the next state election.

In the fullest account yet of the accident, Andrews described slipping on wet stairs on his way to work, saying he heard an “almighty crunch” when he landed.

“As I put my foot onto the first step, I knew I was in trouble,” he said.

“I didn’t really connect with the step, it just slid straight off. I became airborne almost, so I’m horizontal with the step, and all I could hear was this almighty crunch.

“And that’s when I knew … I thought this is serious, we’re in trouble here.”

Andrews’ described his wife, Catherine, finding him “a few moments later” after hearing him “groaning in pain”.

“I couldn’t yell out … it felt like an eternity because I couldn’t breathe, it was only the most shallow breathes in and out.”

Catherine Andrews, his wife, also appears in the video alongside the premier. She described the moment she discovered the Victorian premier as “awful”.

“You were going blue and we were looking at each other and I was thinking ‘you’re going to die here in Sorrento at this holiday house’,” she said.

“You were looking at me and you felt the same.”

After calling an ambulance and Andrews’ personal protection detail, he was eventually given some “pretty significant pain relief”. He said he had “never experienced anything like this” and thanked the police, physiotherapists, paramedics and nurses who helped him after the accident and during his recovery.

“Nurses in ICU, there’s something very special about those people, they are the best of us,” he said.

“As painful, as difficult, as traumatic as it was, we were very lucky. Very, very lucky.”

Andrews’ long layoff has been marked by an explosion of conspiracy theories about the nature of his accident, which were given new impetus by the Victorian opposition after treasury spokeswoman, Louise Staley, released a list of questions about the accident.

The questions mirrored a complex web of baseless claims which had taken hold among anti-lockdown, anti-vaccination and far-right groups online, before being spread on a Queensland conspiracy website.

Staley has said she had simply been urging Andrews to “clear up” rumours when she released a list of 12 questions, which included whether Andrews had been interviewed by police after the accident and who had called the ambulance.

“Politics isn’t always like that,” he said. He said a text message from the former opposition leader and former Victorian Liberal party premier, Ted Baillieu, was one of the most “touching” he received following the accident. 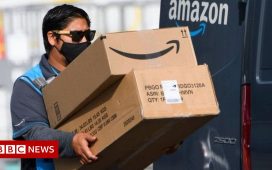 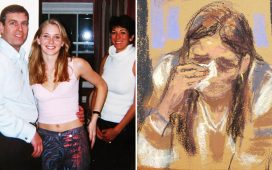