Sam Allardyce has accused Liverpool of expecting the floodgates to open after their recent demolition of Crystal Palace.

The Reds failed to extend their lead at the top of the Premier League as Semi Ajayi’s header earned battling West Brom a point at Anfield.

Sadio Mane had opened the scoring on Merseyside but the hosts were unable to hammer home their advantage.

And Allardyce highlighted the lack of efforts on his side’s goal with Sam Johnstone rarely tested.

The Baggies keeper made a fantastic save to deny Roberto Firmino late on, but was otherwise protected by a condensed defensive line.

West Brom’s point could prove vital come May and Allardyce knows they weren’t expected to pick up anything from their trip to Liverpool.

“I think we got a point that nobody outside of us thought we would,” he said.

“I think they thought how many would it be after they knocked seven past Palace.

“We found a way to attack Liverpool when we had the chance and got better and better as the game went on. We created two or three, of which one was taken. A precious point.

“Everyone is talking about us being lucky but Sam (Johnstone) wasn’t making save after save. He didn’t have many to make today.

“That shows how we limited the best attacking team in this country if not Europe today.

“We got a very well-earned point from today’s game.”

West Brom also battled to an impressive point at Man City recently, albeit under the previous regime.

They remain in a relegation battle with 17th placed Burnley six points clear of the Baggies.

Allardyce will now prepare his side for consecutive games at the Hawthorns against Leeds and Arsenal. 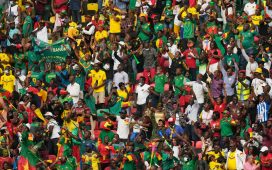