NEWSCABAL
Home » All the Questions Still Lingering Since the Notorious B.I.G.'s Death
fashion

All the Questions Still Lingering Since the Notorious B.I.G.'s Death

In his all-too-brief life and even briefer career, Christopher Wallace had something of a fascination with death.

It’s present in the titles of the albums he released under his stage name The Notorious B.I.G.: Ready to Die and Life After Death. It’s there in songs like “Suicidal Thoughts” (the closer on his first album that ends with the sound of a self-inflicted gunshot), “Long Kiss Goodnight,” “Last Day,” and the eerily titled “You’re Nobody (Til Somebody Kills You).” While it wasn’t the only thing he rapped about, it’s certainly the most prevalent theme in.

And so, it seems only fitting that, in a perverse bit of kismet, his death has left us fascinated with Biggie’s life. Or more accurately, how it ended.

It’s been 22 years since the rapper was gunned down in cold blood in his GMC Yukon outside the Petersen Automotive Museum in Los Angeles, felled just as his star was ascending. And in the over two decades since his life was cut short, we’re no more certain on the identity of his assailant than we were in the immediate aftermath. Though, that hasn’t stopped fans and conspiracy theorists from running wild with idea over who took Big Poppa out—and why.

There remain so many questions over who, exactly, orchestrated what happened in those early hours on March 9, 1997, but first, the facts.

Biggie, who had admittedly been traveling with a security detail out of fears for his safety, was in town to present an award to Toni Braxton at the 11th Annual Soul Train Awards, held on March 8. During his appearance at the ceremony, held on rival turf at the height of the East Coast-West Coast rivalry, the Brooklyn native was booed. The chilly reception left the rapper not entirely in the party spirit, but with Life After Death dropping later that month, his producer and protector Sean Combs (not yet Puff Daddy, years away from Diddy) asked him to make an appearance at the after-party hosted by Vibe and Qwest Records, reminding him it would be good for promotion. Biggie acquiesced.

The party was apparently the place to be that night, with 2,000 people crowding the museum space and another 200 outside trying to find a way in. By midnight, the fire marshals came to the conclusion that the event was dangerously overcrowded. A half hour later, the entire thing was shut down. Leaving with his entourage, Wallace got into one of two GMC vehicles that had been rented for the evening, posting up in the front passenger seat with associated Damion “D-Roc” Butler, Lil’ Cease and driver Gregory “G-Money” Young alongside him. Combs was in the other car, alongside his driver and three bodyguards. Trailing behind them in a third vehicle was Bad Boy’s director of security, Paul Offord.

By 12:24 a.m., the streets crowded with people leaving the event, Biggie’s car came to a stop at the intersection of Wilshire Blvd. and Fairfax Ave. directly in front of the museum, which lies in the heart of Los Angeles’ Miracle Mile, after Combs’ sped through the yellow ahead of them. As a white Toyota Land Cruiser attempted a U-turn and tried to cut between Biggie and Offord’s vehicles, a black Impala pulled up on the right side. The driver, alone in the car and described by witnesses as a black male wearing a blue suit, bow tie and fade haircut reminiscent of Louis Farrakhan‘s Nation of Islam sect, looked Biggie in the eye before pointing his automatic pistol at him and emptying it into the passenger seat of the vehicle. The only person hit by bullets, Biggie was shot four times. The Impala sped off and the Land Cruiser made another U-turn and left the scene as well.

Upon hearing the gunshots, Combs’ car had pulled over to the side of the road and the Bad Boy CEO raced back to his friend, jumped into the vehicle, and sped off to the nearby Cedars-Sinai Medical Center, where it took six people to lift the six-foot-three tall, nearly 300 pound Wallace onto a gurney. He was pronounced dead at 1:15 a.m.

It’s impossible to talk about Biggie’s murder—which, as we’ve said, remains unsolved to this day—without talking about another unsolved murder that occurred just six months, almost to the day, prior. We’re talking, of course, about the drive-by attack of his onetime friend-turned-West Coast rival Tupac Shakur, which took place in Las Vegas on September 7, 1996, with the rapper succumbing to the four .40 caliber rounds six days later. With the rivalry between the two former friends and their labels what it was, rumors that Wallace might’ve played a part in Shakur’s murder immediately began to spread, though no one really knew for sure whether the “California Love” was the intended target of the assassination or if it was Marion “Suge” Knight, head of Shakur’s label (Death Row Records) and the driver of the vehicle the rapper was riding shotgun in. Knight, who was certainly not without his enemies, was struck in the head by bullet fragmentation.

Was Combs responsible for ordering the hit on either, a theory floated by Detective Greg Kading in his 2011 book Murder Rap: The Untold Story of the Biggie Smalls and Tupac Shakur Murder Investigations? He’s dismissed the notion as “pure fiction and completely ridiculous.”

And if the prevailing wisdom among Knight’s camp was that someone at Bad Boy had something to do with Shakur’s death, was Biggie’s murder a retaliatory effort, a revenge killing? And if so, was the LAPD helping to cover it up? Late LAPD Detective Russell Poole sure seemed to think so.

As the LAPD Rampart corruption scandal of the late ’90s unveiled widespread corruption in the Community Resources Against Street Hoodlums (CRASH) anti-gang unit of the Los Angeles Police Department’s Rampart Division, implicating more than 70 officers either assigned or associated to the unit in some form of misconduct, the names Kevin Gaines, David Mack, Rafael Perez, Richard McCauley and Nino Durden all began to come into play. As Poole uncovered, Gaines, Mack, Perez, and McCauley were all moonlighting as “associates or employees” of Death Row Records despite the fact that, in McCauley’s case, he’d been ordered to avoid any association after the LAPD revoked his permit. The others hadn’t even officially applied.

“As soon as it was suggested that there were at least several, and probably a lot more, LAPD officers working for this gangster organization, the brass told [senior lead officer in the LAPD’s West Valley Division, Kenneth] Knox to back off and not to get involved anymore,” Poole told Rolling Stone in 2005. “He had become convinced that this was a huge scandal in the making.”

When Mack was arrested in November of ’97 after pulling off one of the biggest bank robberies in L.A. history with the assistance of a girlfriend with worked at a Bank of America branch near USC, Poole noticed in the police report that the garage of the corrupt cop’s house contained a black Impala parked next to a wall decorated with Shakur memorabilia. Even more curious was the fact that the first person to visit Mack in jail was a man named Amir Muhammad, which lined up with what an inmate described by the L.A. County Sheriff’s Department as an “ultra-reliable informant” (meaning they had already solved two homicide cases), reported that Biggie’s shooter was a contract killer in Farrakhan’s squad who went by the name Amir or Ashmir. Muhammad and Mack had met at the University of Oregon in the late ’70s, and the former bore a resemblance to the the composite drawing of the shooter. It didn’t help matters that Muhammad (born Harry Billups) had used a false address and a false Social Security number when he signed in as a visitor at the jail.

By late 1999, then-chief of the LAPD Bernard C. Parks ordered Poole to cease all investigations into Mack. In protest, Poole retired. While working on a tell-all book entitled Chaos Merchants in 2015, he visited the Los Angeles County Sheriff’s department to discuss Shakur and Wallace’s inextricably linked cases where he collapsed and died of a sudden heart attack.

Other theories abound that implicate Knight in different ways, none of them ever having been proven conclusively, as the other names involved have more frequently than not turned up dead themselves. Knight, who was in prison for violating probation on a previous assault charge when Biggie was killed and didn’t get out until 2001 and who is currently serving a 28-year sentence on a voluntary manslaughter charge stemming from a 2015 hit-and-run incident related to an argument on the Straight Outta Compton set, has never been charged with anything related to Wallace’s death.

Of course, there are other, harder-to-believe theories that have been floated over the years. There’s the one that posits that it might’ve been Combs who ordered the hit on his star after seeing how strong sales on Shakur’s posthumous release were, though that’s something that’s just a little too gross to take seriously. And then there’s the idea that Biggie might not really be dead at all. It’s an idea that conspiracy theorists have held onto in both his and Shakur’s cases over the years, suggesting that either (or both) wanted to escape the dangerous rap game and just disappear somewhere, despite how impossible either situation seems. (A 2016 Instagram post from the island of Crete claiming to include a sighting of Biggie has only recently fanned those flames.)

It seems unlikely that, over two decades later, we’ll ever get the definitive answers to what happened that night despite everyone’s certainty in their chosen theory.

“What bothers me the most about these cases is the paradox, you know—all the mysteries, and theories and conspiracies, the conspiratorial thinking that surrounds them—when in fact the answers to these two murders are relatively simple, they’re quite straight forward and direct,” Kading told E! News in 2018. “It doesn’t make any sense. If that’s the truth, then why hasn’t anybody been brought to justice? Well, we didn’t figure this stuff out until long after the fact. Unfortunately law enforcement back in 1996 and 1997 just weren’t able to get what they needed to solve the cases. And that’s frustrating.”

Frustrating? Yes. Fascinating? Even more so. 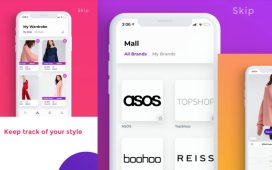 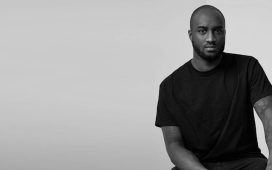 The heirs of Italian fashion house Gucci on Monday threatened 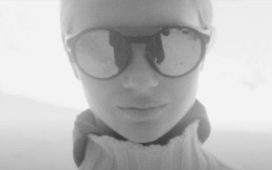 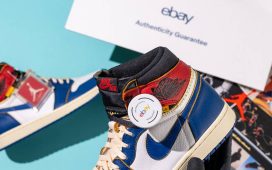 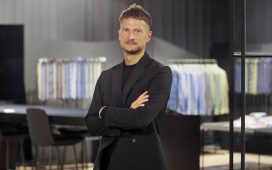