Schools could be closed until mid-February in parts of England with high Covid rates – with all primary schools in London now among them after a Government U-turn.

Government sources have admitted there is no guarantee that a million primary pupils whose schools have shut will return on January 18 as planned.

The latest scientific advice warns the new strain variant of the virus is “highly unlikely” to be brought under control if schools stay open.

All primaries in the capital are now expected to close for the start of the new term after Gavin Williamson bowed to pressure from councils.

London Mayor Sadiq Khan said: “The Government have finally seen sense and u-turned. All primary schools across London will be treated the same. This is the right decision – and I want to thank education minister Nick Gibb for our constructive conversations over the past two days.”

What do you think of the government’s handling of schools during the Covid-19 crisis? Let us know in the comments section below.

Leaders of eight of those boroughs called on the Government to reverse the decision so that the same rules applied across London, which is in Tier 4.

They pointed out that Covid-19 infection rates are higher in some boroughs told to reopen schools than in others where they will remain closed.

Sources last night told the Mirror that Mr Williamson was on the brink of yet another U-turn meaning that all primaries across the capital would close their gates.

There was an emergency Cabinet Office meeting on New Year’s Day to sign off the changes with the remaining 10 London boroughs added to the list.

But he was accused of “incompetence” after leaving anxious parents believing for days that their children would need to return to school.

One local council leader told the Mirror: “It’s just ridiculous that they didn’t do this in the first place”.

It comes after the Government initially named 50 different council areas in the South of England where primary schools would close for the first two weeks of term.

Only vulnerable and key workers’ children will attend in person with almost one million other primary pupils learning remotely.

But there are no guarantees that the local closures will all end when the Government’s “contingency framework” is reviewed in two weeks’ time.

Many head-teachers believe that with soaring rates and mass-testing still to be implemented, schools will be forced to stay shut until February half-term at least.

Ministers face another battle with secondary school heads over their demand that all pupils must be tested from January 11.

One Government source said: “The closure of schools until mid-February is an entirely possible scenario.

“We don’t have the data for Christmas yet but we will by January 18 and it’s difficult to see that being an improvement.”

Mr Williamson said on Thursday he wanted to keep closures “as short as possible” but did not give a cut-off date.

Speaking to the Mirror, an insider suggested a mid-February date was “pessimistic” but did not rule it out.

Shadow schools minister Wes Streeting said: “Long term school closures would be a direct result of the Government’s failure to get the pandemic under control.

“They failed to get mass testing for schools and colleges in place when Labour called for it and they have failed to develop credible plans for remote learning when pupils cannot be in school.

“The Government’s incompetent handling of the return of schools and colleges is creating extreme stress on parents, pupils, and school and college staff and damaging children’s education.

“Once again dither and delay from this government has added to confusion and chaos.

READ  Unemployment up by 22,000 in months leading up to coronavirus outbreak

Scientists believe Tier 4 rules alone are not enough to bring the R number below 1 because the new variant is more infectious.

Most secondary school pupils will also stay at home until at least January 18, two weeks after term was supposed to start.

However, if the framework continues beyond January 18 it would likely force Years 7, 8, 9, 10 and 12 to stay at home in the worst-hit areas.

Some or all areas could be removed from the closure list from January 18, but others could also be added to it.

Children who are at home are meant to receive remote learning, but experts – including Children’s Commissioner Anne Longfield and Education Committee chief Robert Halfon – have warned home learning widens the gap between students.

Almost 80% of England’s population is now under Tier 4 rules, essentially a copy of the November lockdown in which people are ordered to stay at home.

However, schools are still open by default under Tier 4, unless closed under a specific local order.

A Government source told the Mirror the scientific advice would be balanced against the harm to children of being out of school.

“The Government has said education is a national priority,” they said.

“You quickly move into the debate about effects of closing schools in young people and the difficult balance that has to be found between controlling the virus and protecting the lives of young people, some of whom lead very difficult lives.”

The areas hit by the original announcement are 23 London boroughs, 11 in Essex, 9 in Kent, two in East Sussex, four in Hertfordshire, and Milton Keynes in Buckinghamshire.

Dr Mary Bousted, joint general secretary of the National Education Union, said: “It is welcome that, albeit in their usual last-minute fashion, ministers have corrected an obviously nonsensical position – one that it could not justify by evidence or sense.

“But the question has to be asked: why are education ministers so inadequate and inept? Who is advising them?

“And what is right for London is right for the rest of the country. With the highest level of Covid-19 infection, and hospitals buckling under the tsunami of very ill patients, it is time for ministers to do their duty – to protect the NHS by following SAGE advice and close all primary and secondary schools to reduce the R rate below 1.

“It is time for the government to protect its citizens, and in particular its children, by shutting all primary schools for two weeks in order for the situation to be properly assessed, schools made much safer and children and their families protected.”

Paul Whiteman, general secretary of headteachers’ union NAHT, said: “The Government has not shared the rationale behind its decision to close some schools and not others, or explained why primaries and special schools are being treated differently to secondaries.

“There is obviously a huge amount of concern over how it can be safe for schools in some tier 4 areas to open while schools in other tier 4 areas are being told to move to remote learning. In some instances this means different approaches for schools only a few roads away from each other.

“For many schools, the Government’s current guidance amounts to little more than ‘keep calm and carry on’ which is just not good enough when local infection rates and hospital admissions are soaring.

“We need to see much more transparency and honesty from the Government. We will be formally asking Government how it arrived at its decision over which areas should close schools, and how it justifies that.”

Geoff Barton, General Secretary of the Association of School and College Leaders, said: “The situation with Covid infection rates is clearly precarious and may necessitate further restrictions on school and college opening as we progress through the spring term.

“What is important is that the government follows the science, takes the appropriate action when it is needed, and communicates with schools and colleges in a clear and timely manner. The last thing we need is any more chaotic last-minute announcements.” 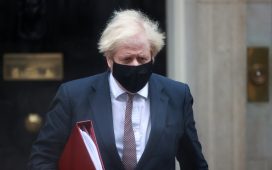 Digested week: home schooling has turned me into an anti-fractioner | Lucy Mangan 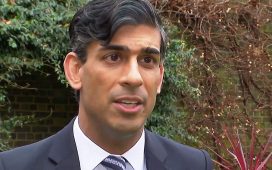 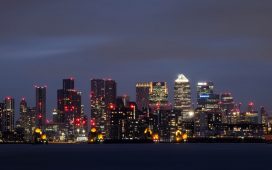 Drivers face £5.50 daily charge to enter London and Canary Wharf could move into zone one under TfL plans