ALL non-essential shops must close from next week as England is plunged back into a national lockdown for a month.

The measures were announced by Boris Johnson in a live TV address today as the government attempts to combat a surge in coronavirus cases.

All non-essential retail shops will be forced to close across England from Thursday, November 5.

Although supermarkets won’t have to follow the Welsh example of fencing off non-essential goods.

During the first national lockdown announced at the end of March, non-essential retailers included electronics and clothing stores.

All pubs and restaurants will also be forced to close next week, although takeaways and deliveries are set to be permitted.

Meanwhile, educational settings, such as schools and nurseries, are set to stay open.

The measures come as the Office for National Statistics estimated that 568,100 people were infected with coronavirus in the week ending October 23.

There are now fears the virus is spreading faster than the initial “worst-case scenario” predicted.

Mr Johnson introduced a three-tier system this month to try and steer away from a second national lockdown, but as cases continue to rise he’s confirmed it’s now impossible to avoid.

Which businesses are set to close?

ALL non-essential retail shops and some other businesses are set to close from next week.

The government is yet to share which businesses it applies to, but below’s a list of what’s expected so far.

The measures will be imposed for a month from this Thursday until December 2.

But the Prime Minister will face a huge Tory rebellion from his backbenchers – who are determined to fight another national shutdown.

They will have to vote on the national measures before they can come into force.

During the press conference, Patrick Vallance, the government’s chief scientific adviser, said: “What is clear that in terms of deaths over the winter, there is the potential for this to be twice as bad in comparison to the first wave.”

Which businesses can remain open?

Only a small group of retailers were allowed to stay open during the first lockdown.

This list of businesses is expected to remain the same, which includes:

Brits reacted to the rumours of a second lockdown by hitting the shops and panic buying loo roll and milk, while also making plans to flee out of cities to the countryside in the event of another lockdown.

The news was also met with dismay from those in the hospitality industry – fearing another lockdown’s effect on their businesses.

Kate Nicholls, chief executive of UK Hospitality, said a national lockdown would be “absolutely devastating” for the industry and called for the sector to receive “significant additional help in order to get through this”.

While Helen Dickinson, chief executive of the British Retail Consortium, added ahead of the announcement: “The closure of any parts of retail would have a massive impact on the viability of thousands of shops and hundreds of thousands of jobs across the country.

Yankee Candle Black Friday deals 2020: What to expect in the sale

“In April and May, “non-essential” shops were losing £1.6 billion a week in lost sales; now that we are entering the Christmas shopping period, these losses are certain to be much bigger.

“The Government should consider very carefully any decision to close “non-essential” retail.

“It will cause untold damage to the high streets this close to Christmas, cost countless jobs, and permanently set back the recovery of the wider economy, with only a minimal effect on the transmission of the virus.” 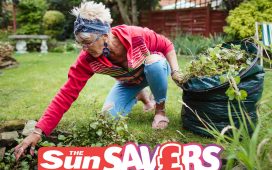 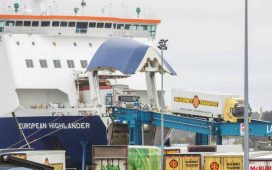