NEWSCABAL
Home » ‘All efforts should go towards repairing the trust’: how to survive an affair
lifestyle

‘All efforts should go towards repairing the trust’: how to survive an affair


What counts as an affair?
An affair is significant contact outside the committed partnership. That may be oral sex in the photocopier room. It may equally be a secret correspondence, an inappropriate “friendship”, or a bit of sly webcam action. But in all instances, it will involve a breach of trust, says Noel Bell, psychotherapist and spokesperson for the UK Council for Psychotherapy.

“Cheating is where you go beyond the confines of what was agreed between two people,” he says. “Even within polyamorous relationships, there can still be the concept of cheating.”

The trouble is, in most relationships (and certainly in most monogamous relationships) there is no formal agreement governing, say, whether it’s OK to put a devil-face emoji in an email to an attractive colleague; nor whether it’s acceptable to read your partner’s work emails. Expectations of behaviour vary from one relationship to another and also within a relationship. In all cases, however, trust is the key word. If you want to survive an affair, all efforts should go towards repairing that trust.

My partner has had an affair; is this the end?
Not if you don’t want it to be. In fact, none of the counsellors and therapists I speak to feel that the affair deserves the tabloid-headline status it has acquired in our judgmental age. Which isn’t to say that the discovery of infidelity doesn’t really hurt – especially the sustained, secret affairs that cause one partner to reassess everything they thought they knew about the other.

“What people usually say to me is that the lying and the deceit is worse than the betrayal,” says consultant clinical psychologist, Janice Hiller. “They say, ‘I can’t trust you. You’re not who you say you were.’ That’s the worst thing.”

It hurts so much because it hits at the most primal part of our emotional selves. “The connection with an intimate partner re-evokes the earliest parent-child relationship,” she says. “It’s a very strong bond and it’s to do with honesty, security and commitment. We all want to be securely attached. Some people need a lot of daily contact. Some can manage two or three times a week. But we’re all looking for attachment, security and love. And when there’s a committed bond that’s broken in some way, it re-evokes that earliest fear of abandonment you see in little babies.”

All of the counsellors I speak to agree: the most important thing is to rebuild that bond – by talking, listening, holding, touching, comforting, patiently restating your commitment, even if it feels like you’re doing it for the hundredth time.

Is an affair a symptom of a bad relationship?
Not necessarily. “Generally speaking, what motivates people to have affairs is underlying dissatisfaction in their lives,” says Bell. This may be a desire for more romance and intimacy in their relationship. After 10 or 20 years together, couples often end up feeling more like flatmates or colleagues than lovers. While lockdowns had a “honeymoon” effect on some couples, for many it led to feeling stale and short of excitement – and a temptation to look elsewhere (including online) for that thrill.

After 10 or 20 years together, couples often end up feeling more like flatmates or colleagues than lovers

“The popular view is that it’s a symptom of something going wrong, but opportunity, context, someone’s emotional state and social situations can also be predisposing factors for affairs.” Someone who has previously been sexually active with a wide variety of partners may find it easier to have an affair than someone more chaste, for example. Likewise, someone who goes on lots of work trips.

The urge to stray might also be rooted in childhood trauma or exposure to infidelity in early life, says Bell. The point is, “It’s really worth stressing that affairs can also happen in excellent, fully functional marriages.”

What should the betrayed partner do?
Often, the discovery of an affair creates an unequal dynamic – one partner becomes crushed with guilt and accepts their pariah status, the other becomes judge, jury and executioner. But this is not particularly helpful or sustainable.

So should we talk it through?
Yes, says Dr Abigael San of the British Psychological Society – but she stresses that merely talking has its limits. “A lot of the time, couples counselling will concentrate on improving communication, which is certainly important, but it can be a rather superficial intervention,” she says. “You need to go much deeper than that. Chances are, the root cause of the affair will be something to do with the attachment bond, the absolute heart of a relationship.”

This is where your focus should be. “You need to trust each other enough to be able to say what you’re feeling, why you might be feeling it, and to reach out to the other for help and trust that it will get a response. That’s the level of work that needs to be done. It will take sustained effort over time.”

Should the partner who’s had the affair hand over their email passwords?
Janice Hiller has a don’t ask, don’t tell policy. “If I can get couples early enough [after the discovery of an affair], I really encourage them not to answer any questions about the affair: the where, when, how,” she says. “People say, ‘I want to know everything.’ Actually, you don’t. The less you know the better. When people know more, they start to imagine more. You need to work on the trust and the healing process.”

Betrayal never comes out of a clear blue sky. It usually happens because there was something lacking in a relationship

However, Neil Wilkie feels that handing over electronic devices, passwords, Instagram passwords and so on can be a useful way to start that process. “To recover from an affair, you need complete openness and honesty,” he says. “If the partner says, ‘No, that’s confidential’, then that’s effectively saying you can’t trust me.”

He stresses, however, that allowing your partner an all-access pass to your innermost thoughts is an emergency measure. “The partner who has had the affair should be prepared to give the betrayed partner what is reasonable to rebuild the relationship. That may be more than they would normally be comfortable doing. However, if, say, two years have passed and one partner is still insisting on seeing absolutely everything, that shows the trust hasn’t been rebuilt – and that shadow of suspicion really dooms a relationship.”

Who should I tell about the affair?
Perhaps an incredibly trusted friend or two, but no more than is absolutely necessary, says Hiller.

“Sometimes, the person who has been at the receiving end will tell everybody and it will be a disaster because friends and family then don’t want the partner back,” she says. “It’s so much better to contain it and work together – and with a therapist. If there’s a real decision to split up, that’s the time to tell people – not before. Nothing good comes out of talking about it.” In many instances, people do end up staying together – which leads to abiding feelings of betrayal and mistrust among friends who felt compelled to take sides.

The advice is especially important where it comes to children, she says. “There is no need for your children to know. It’s none of their business. It can be really damaging to a child.” It’s fine to tell your children that you are having a difficult time and that you’re trying to sort things out, but the priority should be to reassure them that they are loved and safe.

When should I get the lawyers involved?
Only when all other options have been exhausted, says Julia Townend, barrister with family law firm 4PB: “It’s a myth that there are winners and losers in family law,” she says, stressing that it’s a misnomer that the person who has had the affair will always fare worse in court. “Actually, if someone has cheated, it almost never has an impact on any child-contact arrangements or how the money is divided up. It simply won’t be relevant.”

Most of Townend’s work consists of stopping clients pressing the “nuclear button” and taking their partner to court. She tries to steer them towards mediation and has recently helped pioneer a “one-couple, one-lawyer” approach at her firm.

“Instead of both people hiring lawyers to write aggressive letters to each other, we’ll try to get it sorted without the turmoil of going to court.”

How do you rebuild?

Neil Wilkie likes to break down relationships into six key areas. The first five (communication, connection, commitment, truth, growth) are fairly predictable, but he feels that the sixth – fun! – is neglected by most couples, particularly in the aftermath of something heavy like an affair.

“I ask them: when was the last time you really had fun together? Often there’s nervousness and silence. It’s so easy to forget that we need to laugh and unleash that vibrancy in a relationship.” Find a way you can be silly together – and take it seriously. 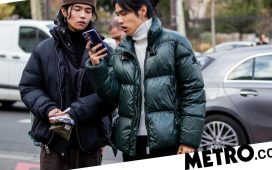 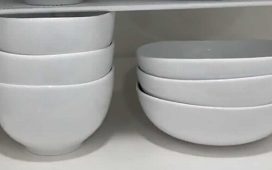 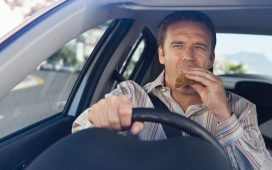 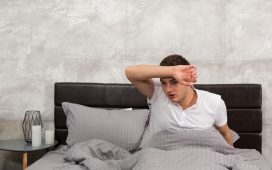