In a devastating recall of her 14 year marriage with Ioan Gruffudd, Alice Evans recounts how her husband told her he would leave if she ever gained weight

Alice Evans says she is destroyed.

Her 14 year marriage to Welsh actor Ioan Gruffudd is in tatters and the father of her two children has got a new ‘ Angelina Jolie ‘ girlfriend, who Alice claims, he has been seeing before he went Instagram official this week.

Turning to Twitter has become the actress’ coping mechanism, where she details her version of the in and outs of her marriage split, childcare and her devastation.

Despite facing criticism from thousands, Alice has been determined to publish her truth on social media about the split and in the last few days ‘camp Ioan’ and his new actress girlfriend have come out to have their say on the saga – with many painting the mum-of-two as less than innocent.

Alice, who has vowed to write a tell-all memoir on her break-up, then wrote a first person piece for the Daily Mail on just how her marriage split destroyed her and made her feel “dead”.


Alice Evans is comforted by a pal
(

The actress gets a must needed hug
(

As well as listing time apart as her husband worked on long shoots she added Ioan promised her he would leave her if she ever gained weight.

She ironically tweeted: “I guess he was true to his word this time.”

She wrote: “Someone mentioned online that Ioan liked slim girls and I agreed. He had, after all, told me several times over the years that he couldn’t abide fatties and that he would leave if I gained weight. ‘I guess he was true to his word this time,’ I tweeted.

“It would almost be funny, were it not so terrible. So, how did it end up like this? I still can’t work out how a love as strong as ours ended up going so badly wrong.

After the disintegration of her marriage when Ioan told Alice he didn’t love her anymore, she broke down and turned to Twitter.


Alice claimed she only found out her husband Ioan, had filed legal papers to get a divorce through reading the news
(

She explains: “People may accuse me of washing my dirty linen in public but the sad truth is that the internet has been my friend and salvation through these awful months. But, it can be torture, too. And there was no greater torture for me than the day I saw him with his new girlfriend on his Instagram feed earlier this week.”

Ioan, 48, went Instagram official with Bloodline star Bianca, 30, on Wednesday morning, sharing a snap of them together which he captioned: “Thank you for making me smile again @iambiancawallace”.

Earlier this year, Ioan filed the legal papers to get a divorce from his wife Alice at Los Angeles Superior Court.

Their joint statement read: “As you can imagine, this is an incredibly difficult time for our family and we remain committed to our children. Thank you for respecting our privacy.”

Ioan had said 12 months before his split from Alice that they had been struggling to make things work for a while.

The actor, best known for starring in the Fantastic Four movies, admitted it was hard for them to make time for each other.

He told the Guardian last February: “I think we’ve struggled the past four years, making time for each other because physically we’re apart.” 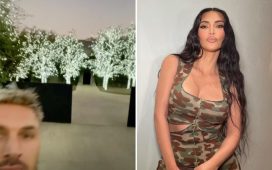 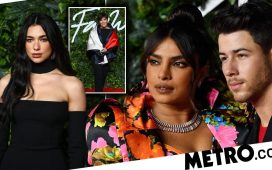 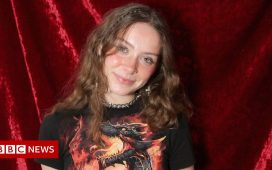 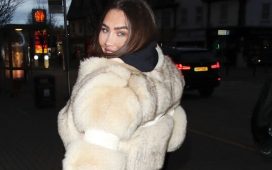