The biggest share sale of the year is going with a bang today, as investors shrug off worries over trade wars and global growth.

Alibaba, the Chinese e-commerce giant, has successfully sold around £8.8bn of shares through a secondary listing in Hong Kong. It’s a vote of confidence in the company, and also Hong Kong’s financial system itself after months of pro-democracy protests.

The Hong Kong exchange put on a good show — complete with a gong and an array of cartoon characters mark the occasion.

CEO Daniel Zhang gave the gong a hearty tap, and told the audience that Alibaba has “returned home to Hong Kong” (having floated in New York back in 2014). This won a large round of applause from the crowd.


After five years of travelling afar, [Alibaba has] decided to come home.

Despite the difficulties and challenges in Hong Kong.”

Alibaba has been given the stock code 9988 – numbers that are considered auspicious in Chinese culture and represent eternal prosperity. With its annual Singles Day event hitting a new sales record this month, that feels appropriate.

The sale has already raised $11.3bn, which could rise to $12.9bn if Alibaba exercises the option to sell an extra tranche of shares (an over-allotment option, as they say). This means it’s exceeded Uber – whose IPO had been the biggest share sale of the year.

This cash could help Alibaba invest in its online offering. But there’s another factor too – having a base of investors in Asia could be helpful if relations between Beijing and Washington deteriorate.

This early success highlights that the markets are still in bullish mood, with the US indices hitting record highs again on Monday.

Markets.com analyst Neil Wilson says this flurry of deal-making is partly because recession risks have eased, while recent interest rate cuts mean there’s lots of easy money around. But there’s a political factor too…


Perhaps some fears a Democrat in the White House might take a harder line on deal making. Clearly Trump is laxer on deals – companies want to act now while the going is good.

The US economy will be under the microscope, as new trade data, house price stats and consumer confidence figures are released.

Markets are expected to be calm, helped by encouraging noises about progress in the US-China trade talks. Still no actual deal yet, though… 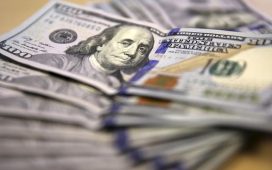 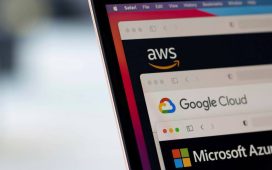