Welcome to live coverage of Alex Salmond’s eagerly-awaited appearance before a committee of MSPs investigating the Scottish government’s botched inquiry into complaints by against him.

Our Scotland editor, Severin Carrell, has a useful guide to the key questions Salmond is likely to be asked.

There is also an invaluable explainer to the controversy here.

Salmond’s final submission to the committee, in which he makes a series of explosive allegations against the Scottish government, is available here.

There is a long cast list of characters that are likely to come up in the committee hearing. These are some of the key names:

Peter Murrell, Sturgeon’s husband and chief executive of the SNP

Barbara Allison, former director of people for the Scottish government

The committee, which is convened by the SNP’s Linda Fabiani, has set out the agenda for Friday’s meeting here.

It will divided into four phases:

This will explore Salmond’s complaint that the government’s rulebook on handling complaints changed in 2017 former ministers. He claims this was done deliberately to allow complaints against him to be prosecuted

Salmond alleges that the investigation officer, Judith MacKinnon, had regular contacts with the women making complaints of sexual harassment against Salmond prior to an internal investigation. He also claims that the permanent secretary to the Scottish government, Leslie Evans, who established how the complaints should be handled also had regular undisclosed contact with the complainants. He says this breaches natural justice.

Salmond denied the allegations and successfully took the Scottish government to court over its handling of the complaints, winning a judicial review. The government admitted in court that its handling of the complaints had been “tainted by apparent bias”. Salmond was also cleared of 13 charges of sexual assault by nine women in a trial last March.

A separate inquiry led by QC James Hamilton is looking at whether Sturgeon broke the ministerial code. But the MSPs will also examine whether Sturgeon misled the Scottish parliament on when she knew of allegations against Salmond. 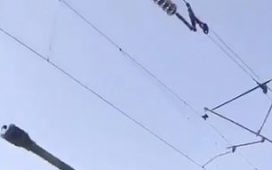 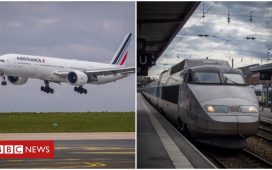