The outspoken star actor tweeted: “I wonder how it must feel to wrongfully kill someone.”

It was commentating on the a Huntington Beach police officer struggling with a young man in front of a 7-Eleven store before drawing his gun and firing.

On Thursday afternoon, Baldwin accidentally shot and killed a crew member on set of his new movie, Rust, law enforcement exclusively revealed to The Sun.

The tragic death was caused by a prop gun firing off while filming the actor’s latest film – which resulted in both the cinematographer and the director getting shot.

In a statement first given to The Sun, Santa Fe County Sheriff Juan Rios revealed: “The sheriff’s office confirms that two individuals were shot on the set of Rust.

“Halyna Hutchins, 42, director of photography and Joel Souza, 48, director, were shot when a prop firearm was discharged by Alec Baldwin, 68, producer and actor.”

The officer also confirmed that no charges have been filed yet relating to the incident however, the investigation remains ongoing as witness’ are being interviewed.

Alec was filming a scene on the set of his new Western movie, Rust, that required him to fire a gun that was supposed to be loaded with blanks.

However, tragedy struck when the gun discharged either shrapnel or a bullet, which hit two people on set including director of photography, Halyna Hutchins.

Shortly after the incident took place, Halyna was airlifted to a hospital where she died from her injuries.

Thousands of Twitter users reminded Baldwin in mostly slighting terms about his September 22, 2017 tweet that he posted four years ago weighing in on the police officer’s deadly confrontation.

“I feel really bad for you, Alec, that you have wrongfully killed someone & injured another, while they were working on your movie,” wrote @TheLadyJane.

“You are all in my prayers. I hope you learn to be a better person to others who make mistakes in their lives.”

Another pointed out that the actor’s words can come back full circle.

In an attempt to clap back at the cyber pile-on against Baldwin, @Zoltanng scolded them, writing: “This comment section needs to take a long look at itself in the mirror.

“This was a tragic accident that left someones loved one dead.

“And put a terrible pain on Alec’s heart for the rest of his life. Too soon people. Too soon.”

The other person to be shot was film director and writer Joel Souza – who was transported by an ambulance to Christus St. Vincent’s hospital where he is still receiving emergency care.

The shooting at Bonanza Creek Ranch just outside of Santa Fe, New Mexico happened in the middle of a scene that was either being rehearsed or filmed – with the incident potentially being caught on camera, The New York Times reported.

The TV and film star was “unaware” about the type of ammunition in the gun, according to Deadline.

It is standard protocol for the movie’s hired prop master or armorer to be responsible for how to conduct fire arms and ensuring gun safety on a set such as Rust.

Due to today’s events, filming has been paused, with a rep saying: “Production has been halted for the time being” on Rust. The safety of our cast and crew remains our top priority.”

“The Santa Fe County sheriff’s office confirms that two individuals were shot during filming of a scene on the set of the movie western, Rust.

“According to investigators, it appears the scene being filmed involved the use of a prop firearm when it was discharged. Detectives are investigating how and what type of projectile was discharged,” the department stated.

The statement continued: “One shooting victim, a 42-year-old female, was transported via helicopter to University Of New Mexico Hospital. The Sheriff’s office confirms she has succumbed to her injuries.

“The incident remains an active investigation. As more information becomes available, updates will be provided.”

Reacting to today’s devastating news, the Cinematographers Guild said: “We received the devastating news this evening, that one of our members, Halyna Hutchins, the Director of Photography on a production called ‘Rust’ in New Mexico died from injuries sustained on the set.”

A spokesperson for the Rust movie previously said in a statement: “There was an accident today on the New Mexico set of Rust involving the misfire of a prop gun with blanks.

“Two crew members have been taken to the hospital and are receiving care. “

Just hours before the violent mishap, Alec, 63, posed in character on the set in an Instagram post.

Dressed in old Western gear, include dirty cowboy boots, a vest and bandana, he was seen holding a hat looking tired in front of his trailer.

“Back to in person at the office. Blimey…it’s exhausting,”

Director Joel worked on the story with Alec – who plays the titular character, Harland Rust. 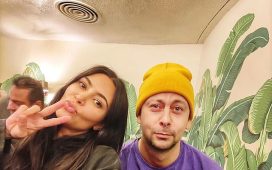 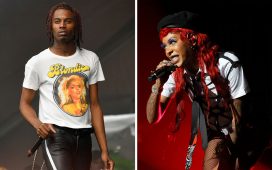 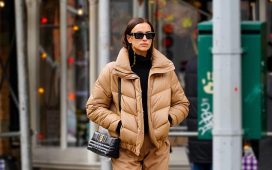 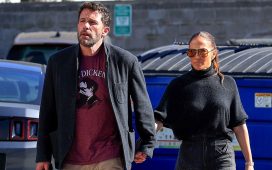 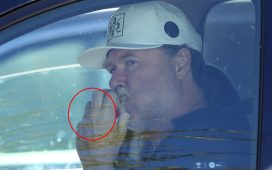