Over the years, I have grown used to various different “identities” – aide to Cherie Blair, partner of Alastair Campbell, latterly mother of comedian Grace Campbell. More recently, I have adopted a new persona; the partner of someone with mental health issues. I have lived this role in private for more than 40 years but only recently “gone public” since Alastair published his latest book, Living Better: How I Learned To Survive Depression, and asked me to write a chapter from my own perspective.

It isn’t easy telling such a personal story but it has been worthwhile for the overwhelming reaction from others – mostly people I don’t know who have shared almost identical experiences, which go something like this …

Life can be great for most of the time but occasionally you sense that something is wrong. Is the person you live with just being difficult? Do they have a more truculent personality than you initially thought? Is their occasional hurtful, comatose and manipulative behaviour, their self-harming and misuse of addictive substances, the sign of something more serious? Or is it something you have done?

How do you start that conversation to get to the truth? Where to get help when the behaviour spills over into something more dangerous and toxic? How do you persuade someone you love, but can also recoil from and resent, to accept that need? Mental ill-health is far less tangible than physical disease. How do you know it isn’t you that is deluded?

These are difficult questions to ask and to answer and I have agonised over them all, while blaming myself for not being able to help until Alastair agreed to see a psychiatrist rather than try to cure himself. This watershed moment followed a terrifying incident on Hampstead Heath when fear, anger, helplessness, loss of purpose, self-loathing – I will never know which – caused him to start punching himself in the face.

And I have learned a lot from the people who have been in touch. We have now formed a small online support group with the aim of creating a safe place where people can let off steam and share experiences and strategies to deal with a problem that gets very little public attention.

A few things are very clear. We spend too little time educating people about mental health, in the way we do about physical health. It takes too long for family members to understand what they may be dealing with, and there isn’t enough support for them. One member of the group was told by a psychiatrist that their role was simply to stay strong for their spouse. But that can be difficult to do when the sick person’s behaviour is distressing, cruel, out of control and verges on gaslighting.

It is not unusual for partners and families to feel that maybe it is they who are going crazy. When Alastair had his breakdown in 1986 and I was told that he was in a police cell in Scotland, it was almost a relief to understand that there was actually something wrong with him, not me. Until that point he had very cleverly deflected any concern about his frankly disturbed behaviour in my direction. I was unreasonable, nagging, neurotic.

Many people are fearful about talking to friends and wider family out of loyalty or the fear that others will turn against their partners and suggest they leave, or simply because of the stigma which still surrounds mental health, so it is lonely.

Finally, those feelings of guilt, blame and resentment, and the shock of seeing someone close to you out of control, is hard to shift. If someone you love is not happy, surely that must be something to do with you? For me, it was a hurtful puzzle that Alastair could somehow get up for work and seem to function normally with colleagues while being affectionate and engaged with the children, but I was treated to silent, black dog moods which often felt as though he was in a sulk with me.

If I were advising my 28-year-old self, I would say to follow your instincts, try to get help as quickly as possible and find a way to take care of yourself – over the years, I have vented my anger and misery in the lanes of my local swimming pool. Above all, avoid taking it personally and blaming yourself. You are almost certainly not to blame for this, and in any event, nobody ever wins in the blame game.

Last week, the Office for National Statistics revealed a doubling in rates of depression during the pandemic, yet fewer people than ever are seeking medical help, and the extent of collateral damage on families is unknown. We need more advocacy on behalf of the families, more involvement in their child, parent or partner’s recovery, and help so they can understand their own emotions.

Even the idea of more support groups would be a step forward. I know from family experience the power and reach of Alcoholics Anonymous and its offshoot Al-Anon (for families of addicts). For every person struggling with depression, there are an awful lot more struggling to help them. We can all benefit from sharing those struggles.

I do know people who felt they couldn’t stay with partners once serious mental health issues threatened their own wellbeing, and it would be dishonest of me to say there haven’t been a few moments when I questioned if it was right to stay. But we now know it is possible to live better with depression, and that is what I would wish for anyone existing in the shadow of this terrible illness.

Living Better: How I Learned to Survive Depression, now out in paperback, John Murray Books. Campbell is guest-presenting Good Morning Britain this week for Mental Health Awareness Week, and he and Millar will be discussing the book on Wednesday, 7pm, with Kay Burley, for Blackwell’s – https://livingbetter.eventbrite.co.uk 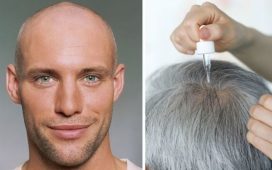 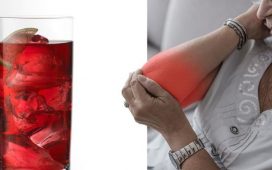 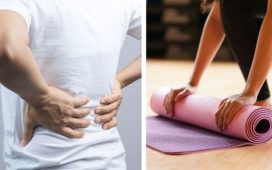 Back pain exercises: Five of the best stretches to avoid lower backache 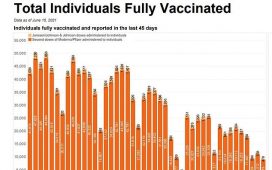 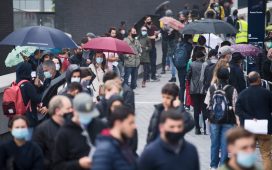 People dying with flu and pneumonia in England and Wales ten TIMES those killed by Covid, ONS figures reveal 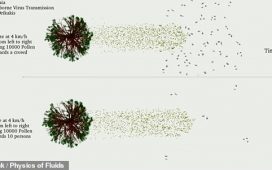