AN Alabama man convicted of butchering a country preacher with a sword during a 1991 robbery was put to death by lethal injection on Thursday.

Christopher Lee Price’s ‘belly heaved’ as the 46-year-old became the second inmate to be put to death in Alabama in two weeks.

The execution was carried out at Holman prison weeks after Price avoided another execution date amid disagreements between U.S. Supreme Court justices.

Price was convicted in the killing of Bill Lyn, a north Alabama pastor slain just days before Christmas.

Lynn was at home with his wife assembling toys for grandchildren on Dec. 22, 1991 when the house’s electricity failed.

After Lynn went outside to check the power box, his wife heard a noise and looked out the window to see a man dressed in black and holding a sword above her husband.

She ran outside and attempted to flee in a van, but was beaten and robbed of money and her wedding ring. An autopsy found that Lynn had been cut or stabbed more than 30 times.

Price was arrested several days later in Chattanooga, Tennessee. He admitted participating in the robbery but blamed another man for the killing.

Kelvin Coleman pleaded guilty to the murder and was sentenced to life in prison, while jurors convicted Price of capital murder and a judge sentenced him to death.

Strapped to a gurney moments before his death, Price: said “A man is much more than his worst mistake”. He was pronounced dead at 7:31 p.m.

Alabama Govenor Kay Ivey issued a statement saying Price had had to be punished.

“Finally, the loved ones of Pastor Lynn can feel at ease knowing that justice has been administered,” she said.

“I pray that, after all these years later, his family can feel a sense of peace and comfort.”

Relatives of both Price and Lynn were among those present to witnesses the execution, which was delayed by more than an hour awaiting the verdict of a final request for a stay made to the U.S. Supreme Court.

Price lifted and lowered his head twice after the initial knockout drug was administered, and his belly heaved five times, the Associated Press reported.

He then didn’t respond when an office tested for consciousness consciousness by flicking his eyelashes and punching him in the arm.

A statement from Lynn’s family thanked friends and relatives for their support during a “long and difficult journey.”

‘WE ARE PRAYING TO HAVE PEACE’

“We are praying to finally have peace,” said the statement, read by a prison official.

Price’s attempt to secure a stay of execution was based on a challenge to Alabama’s practice of using three drugs for lethal injections.

The nation’s highest court voted 5-4 on Thursday night not to halt the execution, though no reason for the decision was given.

Brit girl, 15, raped in hotel sauna on holiday in Majorca

Mum, 51, ‘choked, beaten and buried in hole’ but SURVIVES at holiday resort

Price had asked to instead die by nitrogen hypoxia, an execution method Alabama has legally authorized but not developed.

His lawyers argued the method, which kills by depleting the body’s supply of oxygen, would be less painful than lethal injection. 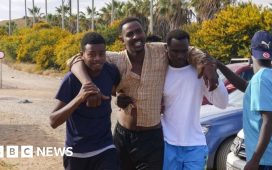 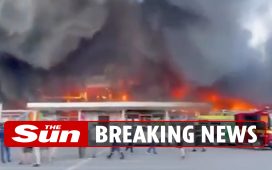 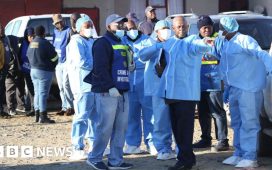 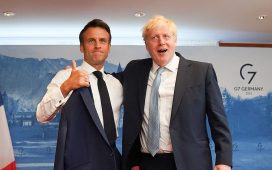 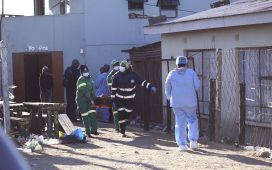 Male tourist, 28, ‘raped by 2 men’ after being dragged into old riverbed in Spanish holiday hotspot