Ariculture is the largest sector of Pakistan economy by employing 44 percent of labour force and providing food for 210 million masses. This sector is providing support to manufacturing sector because 68 percent industry is agro-based. It is also important to discuss that 70 percent rural population is directly depending on agriculture and this sector is contributing 20 percent in gross domestic product. Pakistan is ranked in 12 agriculture products as top ten global producer and contributing in balance of payment adjustment by export expansion.

Unfortunately, majority of the employment in agriculture sector is based on informal and vulnerable domain because Pakistan is facing imperfect agriculture market, outdated technology, uneducated farmers and low per worker value addition. Food and Agriculture Organization (FAO) has reported that 75 percent of the global poor are living in rural areas and majority are depending on informal agriculture sector. Another reason of this vulnerability is low value addition of the farmers and value addition of Pakistani farmer is just US$ 1800, whereas this number is US$ 97000 for Canada and US$ 125000 for Sweden. These empirics indicate that Pakistan has very extensive potential in this sector and can be used as the tool for inclusive development and sustainability in the economy.

Pakistan has a very extended agriculture network by producing all sort of products including major/minor crops, staple food, livestock, fisheries, fruits and foods, followed by dairy products. It is very alarming to discuss that we have still 70 million people those are food insecure and go on bed hungry every day. By disaggregating this number geographically, the percentage is similar for both rural and urban areas of Pakistan. Whereas, the highest number of food insecure people are found in Balochistan, followed by KP, Sindh and the minimum number is for Punjab. These numbers have been estimated by using PSLM micro-data and minimum calorie approach was used for the threshold level by equalizing the numbers based on gender and age.

Pakistan is unable to achieve inclusive development and prosperity because of economic, social and structural barriers. We have 25 million out of school children and they are unable to attend school in their school going age. Almost half of the population is unable to earn US$ 2 per day and living below the threshold level of minimum requirements. Our per capita income is lowest and considered as under-developed economy. Women of our country are considered in the riskiest zone of the globe because Global Gender Gap Report 2020 ranked Pakistan on third worst country. Our socio-economic indicators are very devastating and considered as the threat for sustainability and inclusiveness for future generations.

In this scenario, it looks very tough to achieve the sustainable development goals (SDGs) adopted by UN with the focus on poverty alleviation, peace, prosperity and protection of planet by 2030. It is very interesting to discuss that majority of the SDGs are directly and indirectly associated with the development of agriculture sector. If our state institutions prioritize agriculture sector in their development agenda, we can easily overcome food insecurity, alleviate rural poverty, enhance women empowerment by generating employability, promote agro-based industrialization for youth employment, export promotion for surplus in balance of payments and pushing up the quality of life in the rural zones of the country. Agriculture sector can be the best policy tool for the solution of almost all the major evils of our economy.

Theoretically speaking, Nobel Laureate Arthur Lewis hypothesise that developing countries can only become developed by changing the structure of economy from low productivity agriculture sector to high productivity manufacturing sector by ignoring the ground reality. It is almost impossible to train the rural unskilled and uneducated farmer for manufacturing sector. Simply, we are unable to even to convince farmers to shift in urban areas for employment and quality of life. People of under-developed areas are living in their comfort zones and they are enjoying the benefits of under-development. In this regard, we have to engage them in their surroundings by providing infrastrucure and trainings for their prosperity at the door step.

In case of Pakistan, agriculture has the potential to deliver inclusive and pro-poor growth for the masses. Even agriculture is the only key to assist in achieving sustainable development goals by breaking the vicious circle of poverty. Furthermore, government can build enablng enviornemt for farmers by providing them technical support for efficient delivery of results. At the moment, there is no need of structural shifts, government can intervene in small steps for the support of farmers. They can focus on minimizing market imperfections, provision of credit and supply of inputs, expansion in export of agricultural products, introduction of crop insurance schemes, development of rural non-farm sector and capacity development activities for farmers. After taking these tinny steps, we can easily achieve the targets of poverty alleviation, minimizing inequality among geographical areas, enhancing food security, women employability and economic sustainability. This could be the only path which lead us toward inclusive and pro-poor development in the long run. 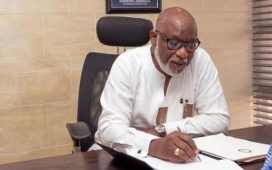 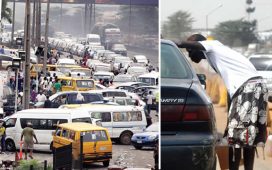 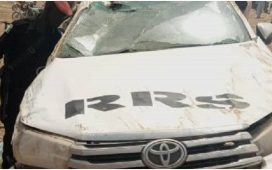 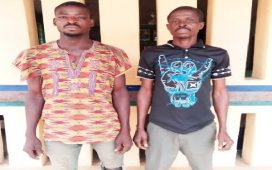