It has been more that 16 years since the last major Age of Empires – and in that time we’ve seen the demise of franchise creator Ensemble Studios and a general shift in the design of real-time strategy games. But the good news is that Age of Empires has returned with a fourth series entry, with RTS powerhouse developer Relic at the conn. The game is well worth checking out and I really enjoyed playing it, but I honestly feel that key improvements need to be made from a technological standpoint.

The Age of Empires series has so much history behind it that Relic Entertainment faced a huge challenge in resurrecting the franchise, especially in the wake of the successful remasters for the second and third games. Overall, the game is excellent with much to commend it, delivering an experience that should satisfy series stalwarts while also gently introducing the game to newcomers. As the game starts up, players are immediately introduced to the basic mechanics of the game, teaching you the staples such as resource collecting, technology and the various units’ strengths and weaknesses. On top of that, there’s a dedicated training game type, which goes deeper into how AOE4 works. Even the initial Norman campaign has several defining moments sculpted by the developer to teach the player more about the game’s micro and macro management.

This campaign is impressive, starting from the Norman invasion of England in 1066 and straddling a further 200 years of history, taking you through a variety of historical battles and actions from the perspective of the various victors. Accompanying the gameplay are some well-produced 4K HDR live action documentary pieces that ready you for the mission ahead. These videos describe the historical context and impact of what is happening in the game, with integrated animations adding further spice. The addition of this extra layer of history doubles down on one of the series’ strengths – drawing inspiration from actual historical events and scenarios, setting it apart from the more usual fantasy or sci-fi RTS fare.

However, the key strength of AOE4 is its gameplay. It would be easy to diminish Age of Empires’ core gameplay loop with layers of complexity that it does not need. As I see it, this new game is largely a throwback in gameplay terms, but in a good way. Yes, it has new elements like stances for infantry formations, while advancing ages allows you to choose specific wonders that you can build with a variety of gameplay bonuses. On top of that, there’s some great new siege gameplay for taking and occupying walls. However, most of the core combat and unit archetypes are straight out of AOE2, with the same emphasis on ‘rock paper scissors’ that we have seen before. There is added depth here, but by and large this feels very familiar to play and not overly complex. That said, it’s this combination of simplicity and evolution that makes the game easy to pick up and play without worrying so much about build order or micro-management.

Graphically, Age of Empires 4 takes a different approach compared to prior Relic Entertainment games and it’s certainly quite different to AOE3, which was very advanced for its time period. Relic tends to push RTS visuals in its games, but AOE4 goes for a more simplistic look, relying on a clean style with limited complexity. To be fair, identifying unit types based on their silhouette or size is easy in this game, so it’s most definitely not aiming for the busy, detailed look we have seen in prior series entries. As a part of this, Age of Empires 4 is seemingly targeting lower-end systems in how its graphics and simulation scale – so certain graphical elements take a hit. Geometric detail and LOD switching is fairly basic, while even the highest quality assets are not exactly rich in detail, with even hero units looking basic, even when viewed at close distance.

Other graphics oddities include the quality of the shadow maps and ambient occlusion, which are lacking even at the highest quality settings. Even with the camera sitting still, it is possible to see a visible flicker and aliasing in the shadows from static buildings and even more so from moving geometry or foliage. The flickering is at odds with AOE4’s otherwise very clean presentation of geometric edges and colours. Also disappointing is how destruction physics run at 30fps, giving a very ‘framey’ look to animation – almost like it’s running in slow motion. What’s needed here is a full frame-rate ultra setting for destruction and based on what I’ve seen, there’s certainly the GPU overhead to do it, though I recommend checking out the video embedded above for a more detailed look at performance, particularly if you’re on an AMD card.

What I’d really like to see are some more ambitious graphics settings, though first of all, there are some technical issues that really need to be addressed. To begin with, the game is highly reliant on performance from a single thread, meaning that CPU frequencies trump the amount of cores you may have, leading to massive underutilisation of today’s many-core processors. This is somewhat bizarre for a DX12 title and definitely holds the game back. Secondly, GPU load increases to an extraordinary degree (anything up to 2x) when the camera moves, leading to highly inconsistent frame-times and frame-rates, as the image above demonstrates. Given how commonplace camera movement and scrolling are in an RTS game, I really wish this did not happen as it makes the game look ‘janky’ even if it does not impact the immediate micro-management frame-rate. We have notified the developers of our findings and received a response:

“The issue you encountered is related to the amount of textural terrain required from the game, which loads in as a player is actively playing and can impact performance when panning the camera. We are actively investigating options to further optimise this scenario. Based on input from internal testing, our technical stress tests, and community feedback, this performance drop when panning the camera should quickly correct itself and should not significantly impact gameplay. The quality of the gameplay experience for our Age players is very important to us, and we are working diligently to address and enhance their experience post-launch based on their feedback.”

From my perspective, what we have here is a very good real-time strategy game and a great Age of Empires sequel, but technically, there are a range of issues that need addressing. I’d like to see settings that scale higher for several of the game’s graphical elements while the camera motion issues impact the consistency of the gameplay in a very noticeable way and I’d really like to see profound improvement here. Also, the game’s reliance on single core power for a high frame-rate experience is also disappointing and this also needs looking at. Only four threads see a lot of utilisation and to see one of them being occupied far more than the others is almost like throwback to another age – CPUs have only increased in frequency incrementally compared to the far more profound shift to many more cores. I’m hopeful that Relic can get to grips with these issues because the studio has done so much good work here and even with these problems, I still had a lot of fun playing the game. 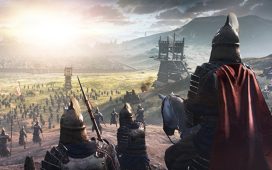 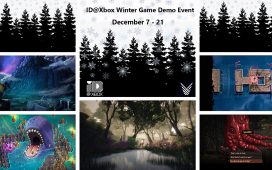 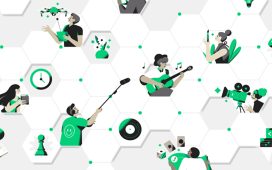 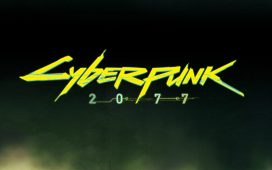 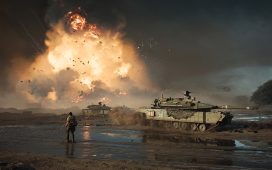