Resident doctors under the umbrella of National Association of Resident Doctors (NARD) have unanimously agreed to withdraw their services nationwide, effective Monday, August 2.

This, they said, was as a result of poor working conditions, owed salaries and other entitlements, as well as several other issues bordering on their welfare.

The resident doctors’ body, which said that the nationwide strike would be total, has directed all its chapters across to country to ensure that members comply with the directive.

NARD President, Dr Uyilawa Okhuaihesuyi, in a statement confirmed that the decision on nationwide strike was taken at the National Executive Council (NEC) meeting of the association held at Umuahia, Abia State, at the weekend.

He restated that NARD was committed to the smooth running of the health sector, but could only do that when their welfare is given the desired attention.

He said that the NEC deliberated on several issues that border on undue hardship faced by its members on GIFMIS payment platform, leading to delays in payment of their salaries, ranging from three to seven months.

Dr Okhuaihesuyi added that the NEC equally noted that despite government promise to migrate members from the GIFMIS to the IPPIS payment platform, some doctors are still stuck on the GIFMIS platform, which is laced with payment irregularities.

He said that the NEC was concerned about the circular from the Head of Service of the Federation removing House Officers from the scheme of service and the consequent implementation by the Lagos State government, in addition to the fact that some House Officers are still being owed one to two months salaries.

He said that the NEC noted that bench fee for outside postings by Resident Doctors has been abolished, but some Chief Medical Directors still charge the fee as training fee thereby causing hardship on doctors.

He said that the NEC also noted that the Chief Medical Directors in collaboration with NARD have submitted the list of salary shortfalls for 2014 to 2016, but the Federal Ministry of Health was yet to commence disbursement of the salaries shortfall to doctors.

Dr Okhuaihesuyi also confirmed that the NEC bemoaned the non- remittance of doctors’ membership dues by the Registrar of Medical and Dental Council of Nigeria (MDCN), Dr Tajudeen Sanusi, despite following all the dictates of the Nigeria Labour law and appropriate stakeholders consultations.

He appreciated efforts made by some people, especially the Speaker, House of Representatives, Femi Gbajabiamila, to ensure industrial harmony in the hospitals. 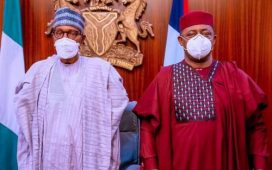 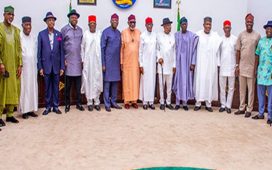 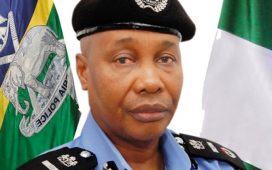