Oh, behave! Former AFL star Shaun Hampson is the latest celebrity to strip off and bare all in the revealing #GoldenTowelChallenge

He’s been in a relationship with model Megan Gale for eight years.

On Wednesday, the 31-year old looked every inch the heartthrob when he took to Instagram to pose in nothing but a towel. 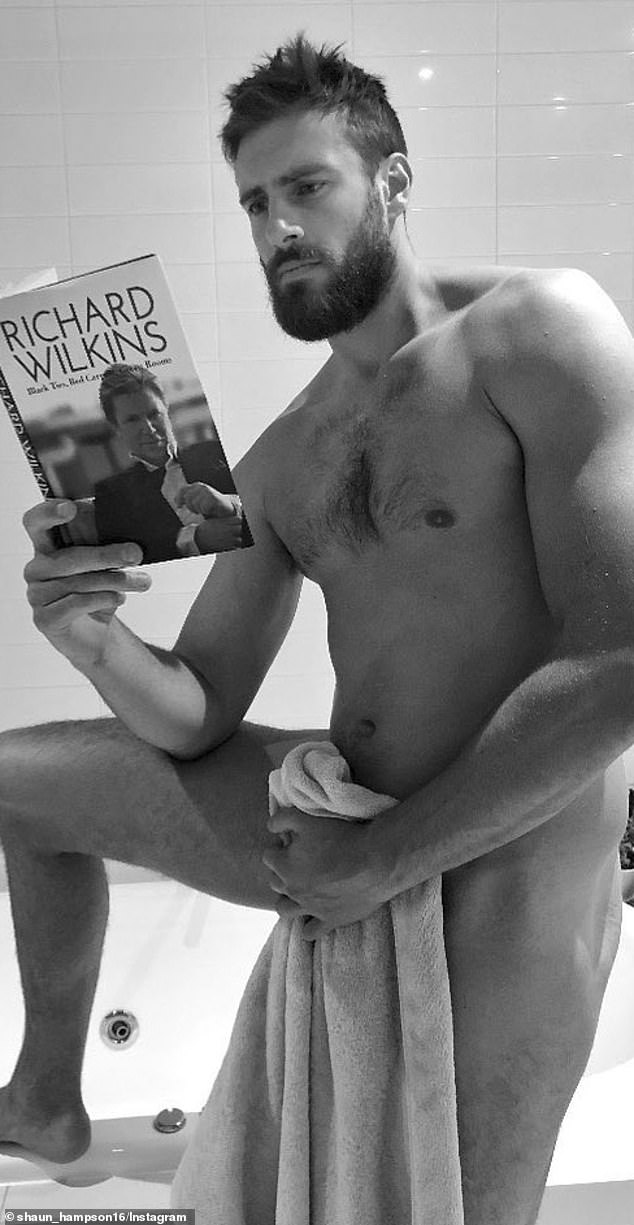 In the cheeky black and white snap, Shaun showed off a whole other side to him as he rested his leg on his spa bath and took in entertainment stalwart Richard Wilkin’s gripping memoir, Black Ties, Red Carpets, Green Rooms.

The handsome hunk captioned the pic: ‘Thought I’d tick off the #goldentowelchallenge and some light reading at the same time.’

The golden towel challenge seems to be doing the rounds with Survivor castmates at the moment.

It all kicked off on Monday when Survivor model-turned-villain David Genat posted a pic of himself working nothing but a strategically placed fluffy one. 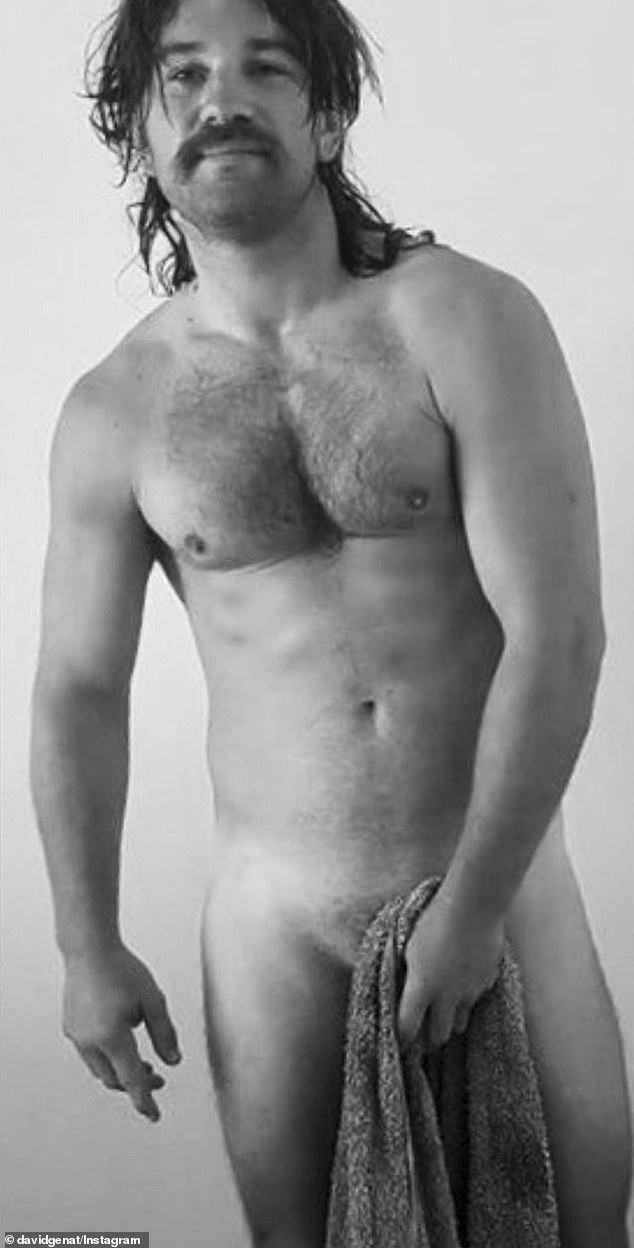 Wet n wild: Johnny Eastoe (pictured) left little to the imagination when you stripped off and let it all hang out

He captioned the pic: ‘I have had the privilege of working with the best of the best over my career and this towel was no exception… Oh, also thanks to the legend @Mario Testino. Just the best photographer in the world, no big deal.’

On Tuesday, Shaun’s fellow Survivor mate Johnny Eastoe decided to strip off, let it all hang out and join the party before AFL player Keegan Brooksby joined in on the fun from his private villa in Seminyak, Bali

Shaun is just the latest Survivor alum to pick up the proverbial baton. 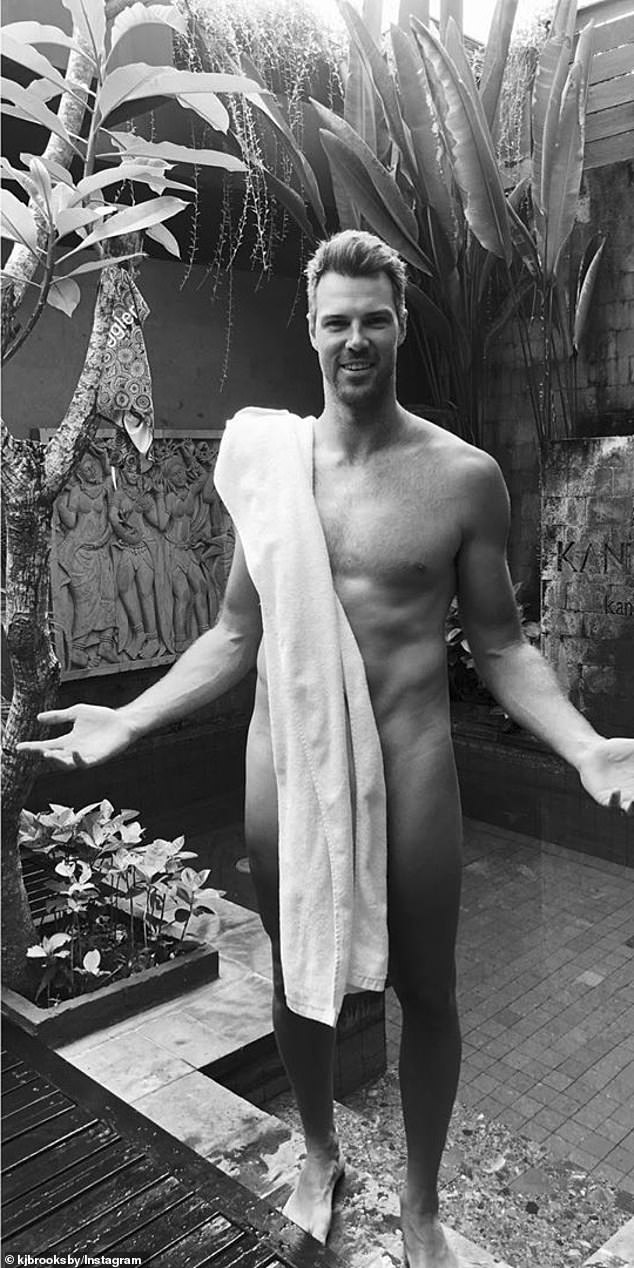 Look mum, no hands! On Tuesday, AFL player Keegan Brooksby (pictured) decided to join in on the fun from his private villa in Seminyak, Bali

At the time their relationship made headlines because of their 13-year age gap. 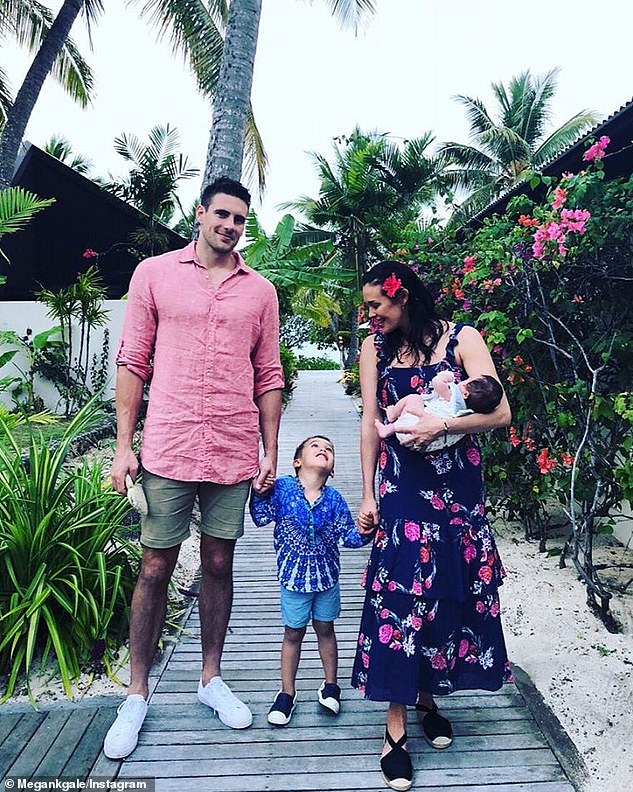 Too cute: Shaun met model Megan gale back in early 2011. At the time their relationship made headlines because of their 13-year age gap. In 2014, the couple welcomed their first son River, followed by Rosie three years later

Halsey reveals why she uses her platform to help others: ‘I’ve got a heck of a mouth on me’

Florence Pugh, 24, admits trolling over her relationship made her 'feel like s**t'

Katie Price reveals on Studio 10 that she wants more children