NEWSCABAL
Home » Afghans failed by UK were left behind and killed by Taliban, says whistleblower
politics


Then-Foreign Secretary Dominic Raab took too long to make decisions and his demands suggested “he did not fully understand” the crisis in Afghanistan, a whistleblower claims

Afghans gather on a roadside near the military part of the airport in Kabul, hoping to flee from the country after the Taliban’s military takeover (

A whistleblower claims UK officials had a “lack of interest” in evacuating Afghans – with Dominic Raab allegedly taking “several hours” to engage with extreme cases of those needing safety.

Mr Raab, the then Foreign Secretary, allegedly demanded for all cases to be set out “in a well-presented table” before he could make decisions, evidence shows.

Raphael Marshall, who worked for the Foreign Commonwealth and Development Office (FCDO) in the middle of the evacuation effort, claimed Mr Raab’s demands suggested “he did not fully understand the situation”.

Mr Marshall’s comments form part of the Foreign Affairs Committee inquiry into the withdrawal from Afghanistan.

Mr Raab was on holiday in Crete as the Taliban swept away opposition in August. He denied claims that he did not speak to ministers in Afghanistan and Pakistan for months ahead of the evacuation crisis.

But Mr Marshall claims at one point officials wanted to cancel the evacuation operation as there was a lack of coordination between the FCDO and the Ministry of Defence.

In his evidence, the whistleblower claims junior officials were “scared by being asked to make hundreds of life and death decisions about which they knew nothing”.

And there was no member of the team who had any sort of detailed knowledge of Afghanistan.

He estimates around 75,000 and 150,000 including children applied for evacuation to the Afghan Special Cases team this summer.

But “fewer than five per cent of those people received any assistance”, adding “it is clear that some of those left behind have since been murdered by the Taliban”.

The Special Cases team handled the cases of Afghans who were at risk because of their links with the UK, but who did not work directly for the UK Government.

These included Afghan soldiers, politicians, journalists, civil servants, activists, aid workers, and judges, as well as guards and others who worked for the UK Government through subcontractors.

When handling the evacuation effort, Mr Marshall claimed one afternoon, he was “the only person monitoring and processing emails in the Afghan Special Cases inbox”.

And when soldiers were drafted into the FCDO to help with the evacuation effort, for a period of time, “the soldiers worked with one computer shared between roughly eight people”.

Chair of the Foreign Affairs Committee, Tom Tugendhat MP, said: “These failures betrayed our friends and allies and squandered decades of British and NATO effort. 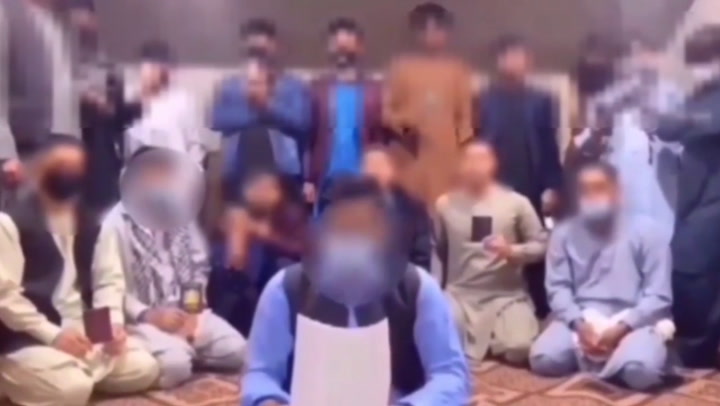 “The evacuation has been described as a success by some, but these allegations point to a very different story – one of lack of interest, and bureaucracy over humanity.”

A Government spokesperson said: “UK Government staff worked tirelessly to evacuate more than 15,000 people from Afghanistan within a fortnight.

“This was the biggest mission of its kind in generations and the second-largest evacuation carried out by any country. We are still working to help others leave.

“More than 1,000 FCDO staff worked to help British nationals and eligible Afghans leave during Op Pitting. The scale of the evacuation and the challenging circumstances meant decisions on prioritisation had to be made quickly to ensure we could help as many people as possible.

“Regrettably we were not able to evacuate all those we wanted to, but our commitment to them is enduring, and since the end of the operation we have helped more than 3,000 individuals leave Afghanistan.”

‘All the crimes that should not be investigated, according to Dominic Raab’