Adidas has confirmed plans to sell its Reebok brand after 15 years of ownership.

Founded in Bolton, Lancashire, in 1958 and now based in Boston, Massachusetts, Reebok was bought by Adidas in 2006 for €3.1bn as part of its efforts to take on Nike.

It is expected to be sold for less than €2bn (£1.7bn) as the brand has struggled despite the trend for sports clothing and athleisure, which has accelerated during the coronavirus pandemic.

The strong stock market debut of the bootmaker Dr Marten’s and a much-touted potential sale of the German sandal maker Birkenstock has increased appetite for comfortable footwear brands amid the shift to working from home.

Rumours that Adidas and Reebok were set to part company have been circulating since the autumn.

In November, Adidas said Reebok sales fell 20% in the nine months to 30 September, a slightly faster pace than the group’s core brand, as the company was forced to close stores during lockdown.

Adidas had wiped hundreds of millions off the value of Reebok on its books in 2018, giving it an accounting value of €800m, after admitting that the brand’s earning potential had been overestimated.

Adidas said it had completed an assessment of “strategic alternatives” for Reebok as part of a five-year strategy under which it intended to focus its efforts to strengthening the Adidas brand.

“The long-term growth opportunities in our industry are highly attractive, particularly for iconic sports brands,” said the chief executive of Adidas, Kasper Rørsted.

“After careful consideration, we have come to the conclusion that Reebok and Adidas will be able to significantly better realise their growth potential independently of each other. We will work diligently in the coming months to ensure a successful future for the Reebok brand and the team behind it.”

He said that under the “Muscle Up” plan that kicked off in 2016, the brand had improved its pace of growth and profitability prospects. 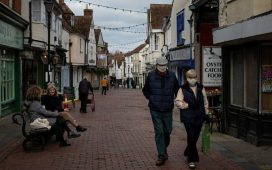