The US activist investor Elliott Management has ratcheted up the pressure on the UK firm SSE, with a public attack on the company’s energy transition strategy and a call for two new independent directors.

The FTSE 100 company has rejected the idea from the New York-based hedge fund – which has built a stake in SSE in recent months – that it should spin off its renewables arm. On Tuesday, it issued a further swift rebuff of Elliott’s demands.

Last month SSE announced a £12.5bn plan to increase investment across its renewable energy and electricity networks businesses over the next five years. It will fund this by selling a 25% stake in its electricity networks division and cutting the dividend. By the end of the decade, the company plans to run a quarter of the UK’s offshore windfarms, alongside its electricity grid networks in the north of Scotland and parts of England, and its planned fleet of flexible “low carbon” power plants.

However, in a letter addressed to the SSE chairman, Sir John Manzoni, Elliott said the firm’s investment strategy lacked ambition and called on the company to provide a detailed and credible plan “to address investor concerns around SSE’s corporate governance, its ability to fund its growth in the long term, and its persistent undervaluation”.

The hedge fund attacked the underperformance of the company and its share price during the eight years it has been run by Alistair Phillips-Davies as chief executive.

It is Elliot’s latest public campaign for change at a FTSE 100 company, after it started demanding a management shake-up and other major changes at the drugmaker GSK in the summer. Run by Paul Singer, the hedge fund is known for its aggressive corporate and political battles, and chased the Argentinian government for debts for more than decade.

Describing itself as a top five shareholder in SSE, Elliott said it believed that its portfolio of networks and renewables assets was worth £21 a share, and argued that a listing of the renewables arm would have unlocked £5bn of value. It criticised the “opaque review process” that resulted in a “lacklustre plan”.

Elliott said SSE should explore other strategic initiatives, including a “more ambitious disposal” of its networks business and a partial listing or partial disposal of the renewables division; appoint two new directors with renewables experience; and create a strategic review committee made up of independent board members. The hedge fund said SSE “must act expeditiously to restore investor confidence, lest the impairment in shareholder value become permanent”.

The SSE share price was little changed on Tuesday at £16.34.

Phillips-Davies defended the company’s investment plan and rejected Elliott’s criticism. He said SSE had conducted a “rigorous” review including input from shareholders, and said the plan was “the optimal pathway to accelerate clean growth, lead the energy transition and create value for all stakeholders”.

“We’ve continued to have constructive and supportive discussions with our major shareholders and stakeholders about the plan, which was also backed by Moody’s who reaffirmed SSE’s Baa1 rating and upgraded their outlook to stable on the strength of the plan,” the SSE chief executive said.

“Separation risks valuable growth options across the clean energy value chain, would jeopardise our ability to finance and deliver the major infrastructure the UK needs to create jobs and achieve net zero, and would lose shared skills that benefit the group.” 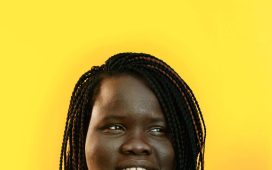