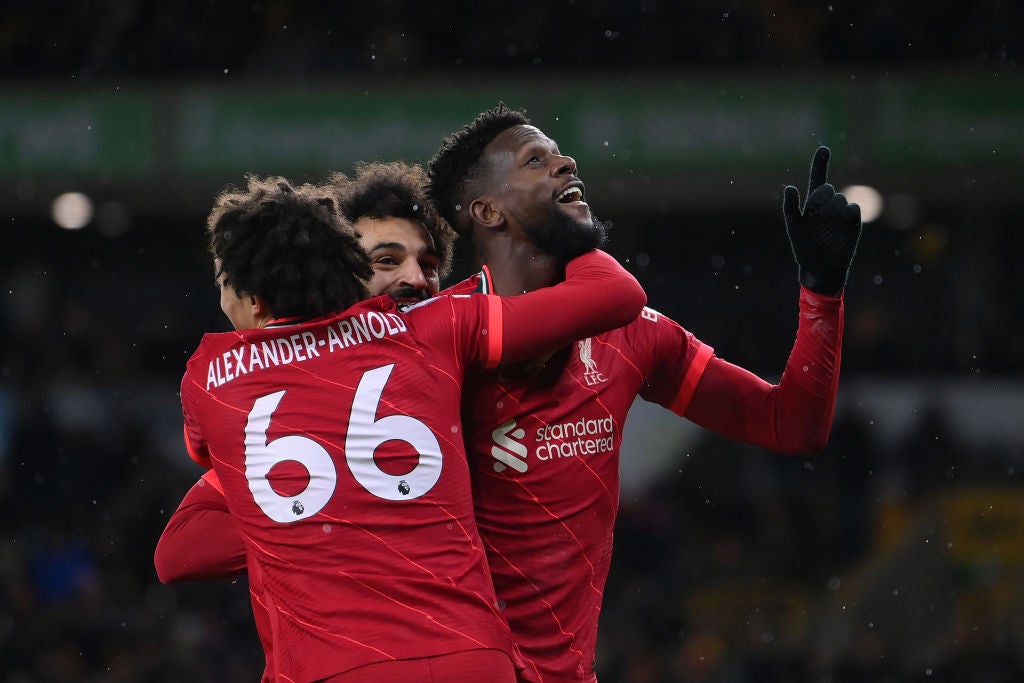 Liverpool face AC Milan in the San Siro without the pressure of qualification hanging over them as the Champions League group stage comes to a close.

The Reds secured a thrilling 3-2 win over the Rossoneri at Anfield in the reverse fixture.

Jordan Henderson’s sublime effort was enough to put away the Italians, though they did have promising moments, which may give them confidence here.

Stefano Pioli’s side will look to win and hope that Porto, one point clear in second, do not take all three points at home to Atletico Madrid, who are tied with Milan on four points and also stand a chance of qualifying for the round of 16.

Here’s everything you need to know about the fixture at the San Siro in Milan:

The game will kick-off at 8pm on Tuesday, 7 December at the Stadio Giuseppe Meazza, also known as the San Siro, Milan.

The match will be available to watch on BT Sport 2, coverage starts at 7:45pm. Subscribers can stream the match via the BT Sport app.

Zlatan Ibrahimovic will return to lead the line, but Davide Calabria and Simon Kjaer are out.

Joe Gomez and Naby Keita have returned to training and could feature from the bench, but Jurgen Klopp is still without Roberto Firmino, Curtis Jones, Harvey Elliott and the suspended James Milner.

There could be opportunities for Tyler Morton and Alex Oxlade-Chamberlain. Other options as Klopp shuffles the pack are Ibrahima Konate, Kostas Tsimikas, Neco Williams and Takumi Minamino, while Divock Origi has surely earned a start after his late heroics at Molineux.

Jordan Henderson has been in individual training, which may mean a rest from the start here too.

Liverpool will rotate heavily here, having already wrapped up top spot in Group B, and Milan are desperate for a result here to either secure third and a path to the Europa League or second ahead of Porto, who have a one point advantage over both the Italians and Atletico Madrid. We’ll lean towards a narrow home win given the desperation to qualify. 2-1.